John FitzGerald: Deal would be prime opportunity to sell Northern Ireland as a good place for British exporters to do business 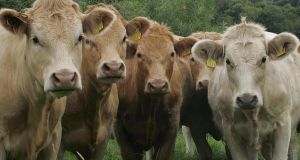 The negotiations between the UK and the Republic to agree the Anglo-Irish Free Trade Agreement, signed at the end of 1965, took a year of very active engagement. A major point of contention was the British concern that fabric would be imported tariff-free into the Republic from the British Commonwealth and then made into clothing here. That scenario could have seen Ireland becoming a back-door for cheap imports into the UK, bypassing the tariffs designed to protect UK manufacturers, via modest value-added in making up garments.

This time round, it appears that one of the sticking points in reaching a post-Brexit trade agreement has been the EU concern that the UK could similarly become a back-door for imports.

This is why there is a need to define the rules on what degree of UK value-added is necessary before a good can enter the EU under trading arrangements for British products. The EU Commission fears, for example, that car parts from Asia could be assembled into cars in the UK, and the resultant vehicles sold as British to the EU, bypassing EU tariffs on Asian imports.

The UK seems less concerned about this issue of rules on content. However, if there is no trade agreement between the EU and the UK, it could become a significant issue for Ireland, and a cause of tension with the UK.

The London government is determined that there will be no checks on goods travelling from Northern Ireland to Britain. If that is the case, what will happen to goods travelling from the Republic via the North to reach mainland Britain, in the absence of such checks? It would prove difficult for the UK to enforce tariffs on such goods.

Even if there were some administrative means of checking whether a consignment of goods originated in the Republic (or elsewhere in the EU), there is the question of what happens those goods that are partly processed in Northern Ireland before heading across the Irish Sea.

Already there is a lot of cross-Border food-processing under the EU Single Market, and things could get a lot more complex from the new year, as agricultural products are most likely to face high tariffs in a no-deal scenario.

For example, if there is no trade agreement with the UK, beef exported from the Republic to Britain is likely to face prohibitive tariffs. However, if the cattle spend a month grazing on Fermanagh grass, would they become UK “citizens”, entitled to enter Britain tariff free?

If rules of content are applied, how much Fermanagh grass must a bullock eat, and for how long, before it is considered a product of Northern Ireland?

If adding some value in the North became the key to tariff-free entry to Britain, that could lead to other forms of pre-processing being undertaken in Northern Ireland to avoid UK tariffs. If this loophole became large, there would be a danger that the UK would ignore the commitments made in its exit deal, and try and impose controls on the Border on the island.

We have already seen that, just because the UK has signed a legally binding deal with the EU, it does not mean they propose to abide by it.

An alternative approach might be for the UK to clamp down on the activities of Northern Ireland companies and farmers, to avoid nominal or bogus processing to evade a tariff wall. However, given the powers devolved to the Northern Ireland administration, it could be difficult to pursue such a course of action.

Of course, a much better outcome for the EU, the UK, Northern Ireland and the Republic would be a trade deal. This would limit the incentives for tariff-hopping entrepôt activity in the North.

Among the many benefits, agreeing a trade deal would allow Northern Ireland to benefit from a limited upside in the UK exit agreement. As part of the exit deal, goods manufactured in Northern Ireland can be exported freely to the EU, provided they conform to EU standards. This means that a significant number of English businesses might relocate some activity to the North where they could freely supply both the UK and the EU markets.

The Northern Ireland Executive needs to work strategically to reap whatever benefits are to be gained from the North’s unique position under the exit deal in straddling the two trading entities.

If a deal is done, the executive needs to prioritise the opportunity to sell Northern Ireland as a good place for British exporters to do business.