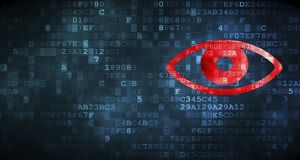 The Department of Justice has defended the Irish State’s record on negotiations on the proposed General Data Protection Regulation. Photograph: Thinkstock

The Department of Justice has defended Ireland’s record on data protection and said a report by EU privacy campaigners claiming the State had undermined privacy rights was based on a “crude analysis” of a current negotiation process.

Privacy campaign group Lobbyplag put Ireland in third place behind Germany and Britain in pushing for changes to European privacy law which the group said would benefit interests of private companies and public bodies over citizens.

In a study of 11,000 pages of confidential documents from the European Council the Lobbyplag group said it believed just one of Ireland’s 34 tabled changes to the new EU data regulation improved privacy.

Responding to the report published on Tuesday, a spokesman for the Department of Justice said the report appeared “to be based on a crude analysis of footnotes recorded in Council texts of the proposed General Data Protection Regulation”.

“In documents of this nature, the contents of footnotes necessarily condense the content of member state interventions and are therefore open to misrepresentation when taken out of context.

“They often reflect a specific request to be recorded as expressing a particular position but they are not exhaustive and do not purport to represent the totality of member state views.”

The spokesman noted Ireland had occupied the Presidency of the Council of the European Union from January to June 2013 and said some of the positions adopted by Ireland “have been influenced by attempts to forge compromises during our presidency in 2013”.

Ireland had managed to submit a revised compromise text of chapters 1 to 4 of the regulation to the Justice and Home Affairs Council meeting in June 2013.

“Ireland has supported Commission proposals for robust data protection standards from the outset of the reform process on the grounds that high levels of consumer trust and confidence are required in order to reap the full potential of the digital economy in terms of innovation, growth and jobs.”

Daragh O’Brien, a data protection and data governance consultant with Castlebridge Associates, said it was, to a degree, unfair to single out individual countries in the council discussions as “nothing is agreed until everything is agreed”.

“These disclosures echo the ‘cut and paste’ debacle of the Irish Presidency when Irish MEPs were shown to have adopted lobbyist text verbatim,” he said.

“‘Pro-business’” regulation implemented under flag of convenience has a track record of problems, the global banking collapse being just one example.

“The conduct of these negotiations in secret has resulted in national governments adopting positions that are at odds with soundbites.”