Interplay between invention and adaptation delivers something new 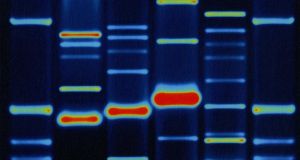 It must be a wonderful thing to discover something so important that the date it occurred becomes an annual day of celebration marked on a calendar. The achievement delivers an exclamation point in history noteworthy enough to end up on those lists of “what happened this day” 50 or 60 or 100 years ago. Just such a point is upon us next week – April 25th, 1953 – and those responsible for it have acknowledged that at least some of the inspiration behind the discovery arose because of an event that took place in Dublin 10 years earlier.

April 25th marks the 60th anniversary of the publication in the journal Nature of landmark research that described the physical structure of DNA. Its authors, James Watson and Francis Crick, described how DNA is shaped like a ladder that has been twisted, a double helix with helical rails connected by chemical rungs. It became immediately apparent how DNA serves so well in reproducing the genetic blueprint for life over and over with very few errors. The pair, with collaborator Maurice Wilkins, shared a Nobel Prize in 1962 for the work, considered by many to be the most important scientific discovery of the 20th century. Crick is no longer with us but James Watson will be in Dublin just after the 25th to give a talk and dedicate a piece of sculpture installed at the National Botanic Gardens in Glasnevin Dublin marking six decades since that publication.

While Watson and Crick were described in later life as molecular biologists and geneticists, their earlier studies did not presage this. Watson nearly ended up an ornithologist and Crick initially graduated in physics. But they later described being inspired to shift their careers towards biology after encountering a little publication describing a series of talks given in Dublin in February 1943 by another physicist, Erwin Schrödinger.

A physicist who made significant contributions in modern quantum theory and won a Nobel in 1933, Schrödinger gave a series of talks under the title “What is Life" in which he discussed how life and human achievement must have a fundamental connection with the physics and chemistry evident in cells. He talked about a “periodic crystal” that could convey the genetic message and why the discovery of this crystal should be pursued. Clearly Watson and Crick accepted the challenge and later saw the image of this very crystal produced by crystallographer Rosalind Franklin, data that helped decipher the structure of DNA.

Another Irish contribution that has warranted a date is celebrated each year on October 16th. On that day in 1843 Ireland’s greatest mathematician, William Rowan Hamilton, experienced a spark of inspiration that resulted in a new form of mathematics called quaternions. He was walking along the Royal Canal from his home at Dunsink Observatory into the city and he later described having scratched the formula for quaternions onto the stonework at Broome Bridge in case he forgot it. He also describes having jotted it down into the notebook he always carried, so his minor vandalism was likely unnecessary but makes for a good story.

Hamilton spent years developing quaternion algebra before his death in 1865 but did not have a field where it could be applied, at least until Schrödinger and those who followed developed the science behind quantum mechanics.

What do these two sets of discoveries have to do with innovation? They illustrate the constant interplay between raw invention and subsequent innovation, although the path between them is not always so linear. Quaternions was an invention in search of applications, and these were delivered in quantum mechanics, space exploration and in the games industry. The structure of DNA was a discovery but one based on practical chemistry and given a fillip by the applied technique of X-ray crystallography.

And what of Orville and Wilbur Wright? Did they invent powered flight when they flew near Kitty Hawk, North Carolina, on December 17th, 1903? Or did they just innovate, building on successes of others? They were discoverers experimenting with aircraft designs and testing them in a home-built wind tunnel. But when it came to patenting they didn’t lay claim to wing designs: they registered their three-axis control systems that allowed pilots control the machines and make fixed-wing flight a reality.