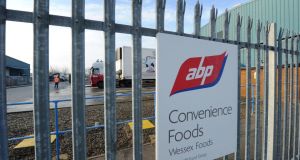 The son of Larry Goodman, the meat industry tycoon behind the ABP Food Group, plans to capitalise on the rebound in house prices with a series of housebuilding projects. His father already has extensive property interests in the State.

Laurence Goodman jnr (33), who has served as a director of several of his father’s property businesses since leaving college over a decade ago, has set up a company called Urban Life Developments.

Urban Life in recent weeks received conditional planning permission for about 140 new houses on a site off Mount Avenue in Dundalk in the Goodman family’s home county of Louth.

The company received permission from the local authority for the development despite 22 objections from local residents. Their objections ranged from traffic safety to archaeological concerns.

Rathmullen is located inDrogheda, although there is no record yet in local authority files of any planning applications there by Urban Life. Mr Goodman jnr was unavailable for comment.

Mr Goodman snr’s most high-profile property investments include the former Bank of Ireland headquarters on Dublin’s Baggot Street, which he bought for more than €40 million, and the Setanta Centre on Nassau Street. He also owns swathes of development land around the country.

Mr Goodman jnr is also involved in Parma Developments with his father. They also previously had a property company together called Glydee Developments, which is no longer owned by them and is now in receivership.

Glydee once owned a business called Razz Extreme Party Creation, which appears to have been a business set up by Mr Goodman jnr in his youth to book bands, DJs and venues for events, such as school debutante balls.

While Laurence Goodman jnr is involved in the property side of the family business, Mark Goodman, the beef magnate’s youngest son, has a career with ABP. He was in the US this week with Minister for Agriculture Simon Coveney at the announcement of the reopening of the market there for Irish beef.