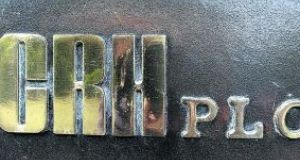 A slew of analysts are preparing to raise their forecasts for CRH after the building materials giant surprised the market by raising its first-half earnings guidance by more than 10 per cent.

CRH, which accounts for more than a quarter of the benchmark Iseq, surged up to 4.4 per cent in Dublin on Friday, lifting the stock market index as much as 1.1 per cent. However, the shares ended the session off their highs, up 1.9 per cent at €26.84.

The company issued a brief statement to the stock market on Friday morning saying first-half earnings before interest, taxes, depreciation and amortisation (Ebitda) is now expected to come to €1.1 billion, compared with “close to” €1 billion previously. It did not give any reasons for the upgrade ahead of its interim results, which are due on August 25th.

“Based on the statement, we expect market estimates will move 3 per cent to 4 per cent,” said Robert Gardiner, an analyst with Davy. “We expect that the strength of trading seen in the US in the first quarter has continued into the second quarter.”

Analysts were already targeting a record €3.09 billion of Ebitda for CRH for the full year as it continues to benefit from its transformational €6.4 billion purchase in 2015 of assets off-loaded by European rivals Lafarge and Holcim, in order to appease competition authorities as part of their merger.

“The raise in expectations is most likely due to an outperformance of their US divisions and synergies from acquisitions made in 2015, although no further information is available from CRH at present,” said Merrion Capital analyst Darren McKinley.

Robert Eason, head of equity research at Goodbody Stockbrokers, said the update is welcome, particularly given the general uncertainty in equity markets.

CRH saw its own stock slump by 29 per cent within minutes of the stock market opening on June 24th, as investors baulked at the Brexit vote. The stock has since recovered most of the ground lost following the referendum.

Mr Eason said his €3.24 billion, full-year estimate for CRH is ahead of the market. But he noted that its results are heavily reliant on the second half, which makes up more than 70 per cent of the group’s results.

Up slightly in Europe

In a trading update in April, CRH said it expected first half earnings in Europe to be “up slightly” on the same period last year, adjusting for last year’s massive acquisition. The result in the US would be “well ahead”, it said.

Ratings firm Moody’s earlier this month affirmed its Baa2 long-term rating and stable outlook on CRH following the company’s announcement that it had established a commercial paper programme in the US. This will allow it to issue up to $1 billion of debt.

Moody’s said the CRH ratings were supported by its good product and geographical diversification. It also cited a more resilient performance than peers to the industry’s downturn from 2009-2011.

On a more negative note, Moody’s highlighted that the North American and, to a greater extent, European markets remain subdued since the downturn.