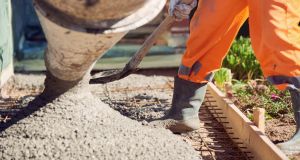 Galway-based Glenman, owned by brothers Albert and Michael Conneally, works frequently for State and public bodies, including University College Dublin, where it is the main contractor on the Confucius Centre.

Dunne Brothers recently served a notice on Glenman warning that it would apply to the High Court to have the Galway firm wound up and a liquidator appointed if it did not pay €162,283, which the subcontractor said was due to it, within 21 days.

“Take note that a liquidator, if appointed, will investigate the affairs of the company and will form the view whether any breaches of the Companies Acts occurred,” states the notice from Dunne’s solicitors.

Dunne Brothers says the money is due for work on projects such as Clonskeagh Hospital, where the client is the HSE, and Dublin Institute of Technology Linenhall, as well as three national schools, including in Ashbourne, Co Meath, and Ballyfin, Co Laois.

Glenman has been at the centre of controversy over UCD’s Confucius Centre, part-funded by the Chinese government, which the university’s governing body says has run €4.8 million over budget.

UCD originally earmarked €7.4 million for the building, a centre for teaching Chinese language and culture, but reports last November put the estimated cost at €12.2 million.

Glenman separately has a €6 million contract to build 28 homes for South Dublin County Council. Dún Laoghaire-Rathdown County Council also hired the company to construct houses for elderly people in Ballinteer. Both local authorities confirmed at the weekend that there were no problems with either project.

Glenman has worked for the HSE, for which it has worked on hospital clinics, nursing homes and other facilities, and the Department of Education.

Another client was State public transport company Irish Rail, for which it carried out a €650,000 refurbishment of Connolly Station in Dublin and built the nearby Docklands Station for €3.8 million, among other jobs.

Liabilities were €7.3 million, of which €4 million was due to trade creditors, which would normally be suppliers and subcontractors. Glenman lost €739,343 during that 12-month period.

Dunnes Brothers, based in Mountmellick, Co Laois, is a ground works and general contractor. Ground works include preparing sites for building, putting in foundations and laying pipes and other services.

1 How can I view my dead brother’s will if I’m not the executor?
2 Investors pile into property as turnover in build-to-rent sector reaches €2.54bn
3 Travel costs for IDA chief topped €45,137 last year
4 Glencore to shake up its top tier with younger leaders
5 Provisional liquidator appointed to Dublin engineering firm
6 Bursting of Tesla bubble a case of ‘not if, but when’
7 Germany drops opposition to fiscal boost in event of downturns
8 Mount Charles wins €10m catering contract at Maynooth University
9 Legal row erupts over €85m contract
10 Analyst doubles projection for Tesla shares to $1,200
Real news has value SUBSCRIBE