Philip Lynch entitled to €1.48m summary judgment against One Fifty One 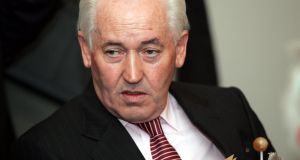 Philip Lynch, former chief exectuive of One Fifty One, is entitled to summary judgment for €1.48 million against the company, the Court of Appeal ruled. 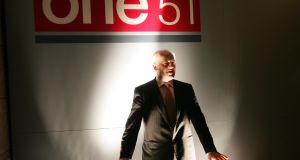 A former chief executive of investment firm One Fifty One, Philip Lynch, is entitled to summary judgment for €1.48 million against the company, the Court of Appeal ruled.

Mr Lynch resigned from the firm in July 2011 and sought payment of €1.48m due to him under a patent income scheme. While chief executive, he had entered a deed of indemnity in relation to the patent income with Chandela Nominees Ltd under which Chandela subscribed for certain loan notes and shares and held them for Mr Lynch’s benefit.

In 2012, the High Court granted judgment for €1.48 million in favour of Mr Lynch against One Fifty One.  A similar application against Chandela and another firm Chandela Investments Ltd was adjourned for full hearing by the High Court.

One Fifty One appealed the decision but the Court of Appeal ruled on Friday the High Court had correctly ordered judgment in favour of Mr Lynch. Mr Justice Gerard Hogan, on behalf of the three-judge court, said One Fifty One had in correspondence in July, 2011, said payment would be made by August 2011 but it was not.

The company had argued this correspondence was predicated on the assumption there would be compliance with certain terms in relation to the loan note agreements concerning the patent scheme and such compliance had not been put in place.

The judge said the “striking thing” about this correspondence was there was never any suggestion by the company the “completion of these formalities” (compliance with the loan note agreements) was not within One Fifty One’s effective control.

All of this suggested both Chandela companies were simply corporate vehicles “within the complete control” of One Fifty One. The repayment of these monies to Mr Lynch was a matter which could be readily accomplished by One Fifty One without any further reference to him, he added.

1 Moving in and out of lockdown is a recipe for economic disaster
2 Stripe lures Dhivya Suryadevara from General Motors to be CFO
3 UK tips into deepest recession on record after 20% contraction
4 MSD buys Takeda biologics plant in Dunboyne
5 Five ways to create a culture of innovation in the workplace
6 US ‘hard seltzer’ drink White Claw launches in Ireland
7 Isle of Man company used by Denis O’Brien featured in Paradise Papers
8 Irish banks’ remain among best capitalised in EU, says DBRS
9 European markets rise despite UK recession
10 What to do when the team doesn’t deliver
Real news has value SUBSCRIBE