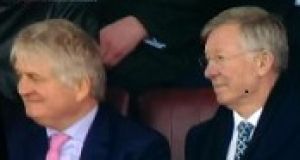 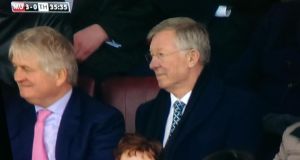 Denis O’Brien surely had plenty on his mind as he joined Alex Ferguson in the directors’ box at Old Trafford last Sunday for Manchester United’s demolition of Spurs.

As well as mulling the sale of his stake in Australian media company APN, which he offloaded for €80 million four days later, O’Brien was probably also thinking about Vanuatu, the Pacific island that was devastated by Cyclone Pam last Friday.

O’Brien’s Digicel operates on the island and the billionaire had plans to extend its business there. He reportedly met the island’s premier, Joe Natuman, about six months ago to discuss introducing a mobile television service.

The cyclone might put the brakes on that idea for a while. Digicel has been working on restoring its service on the island since the disaster, and the telco flew in a Hercules aircraft from Fiji with humanitarian and network supplies.

Or perhaps O’Brien was thinking about his rivals Cable & Wireless (CWC) and Columbus and their plans to merge in a $3 billion deal. Trinidad telecoms regulators indicated in recent days they will only clear the deal if CWC offloads its 49 per cent stake in Trinidad’s fixed-line operator. Digicel would surely be there to snap it up.

Back at Old Trafford, you would have thought Ferguson has had his fill of Irish billionaires, after tangling bitterly with John Magnier and JP McManus over the Rock of Gibraltar more than a decade ago.

Lewis and Desmond are members of the Sandy Lane set in Barbados along with Fergie’s foes Magnier and McManus.

All four have co-invested in Mitchells & Butlers pub company.

It’s a small world when you’re one of the super rich.