Mergers and acquisitions worth €13.8bn in third quarter

Avolon’s €6.5bn sale to Bohai is biggest out of 74 deals involving Irish companies 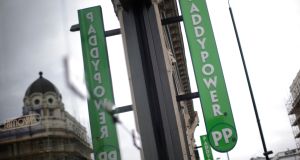 Merger and acquisitions activity accelerated in the third quarter with 74 deals worth €13.8 billion involving Irish companies recorded during the period.

The figures from Investec’s M&A Tracker Survey point to a sharp increase from the 45 transactions in the second quarter of 2015.

The acquisition of aircraft lessor Avolon Holdings by Bohai Leasing for €6.5 billion was the largest single deal in the period, followed by the ongoing merger of Paddy Power and Betfair – a deal valued at €3.8 billion.

The IT and telecoms sector was the most active sector with 24 deals recorded.

Jonathan Simmons of Investec Corporate Finance said the value of deals done during the third quarter was more than three times the €3.75 billion in the previous three months, with foreign acquisitions by Irish companies by far the most frequent type of transaction.

“The comparison with quarter three 2014 is also favourable, with deal value increasing significantly from the €1.8 billion and deal volume from 60,” he said.