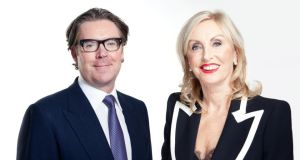 An alumnus of the Stanford University Graduate School of Business, Dan Kiely joined Pageboy Communications in 1992 as sales manager and was soon promoted to general manager. In 1995, he purchased the company along with his business partner Linda, who is now his wife.

Following the acquisition of Eirpage, the national paging network, from Vodafone in 2005, Pageboy Communications expanded into the wider contact management arena, providing clients with an integrated business solution across phone, web, email and SMS. The same year, Pageboy rebranded to Voxpro.

In 1995 the company had eight employees. By the end of 2013, Voxpro will have almost 400 multilingual technical sales and service professionals based at its three locations in Cork. Voxpro has doubled in size every year for the past three years and has grown from a monthly turnover of £20,000 in 1995 to a forecasted turnover this year of €15 million. More than 80 per cent of Voxpro’s turnover originates from companies with headquarters based in the US.

How did you secure your first investment?
Having made the decision to buy Pageboy from its owner, Noel Murphy, in 1995, we began the task of putting together the finance to affect the deal. The advice from all the financial institutions approached was that this was a bad deal and not to go ahead. We’ll always be grateful to Noel Murphy for providing the opportunity and his advice in helping us to secure the loan.

What was your “back-to-the-wall” moment and how did you overcome it?
2012 was a very challenging year when we aggressively pursued a number of opportunities. Without the help of Enterprise Ireland and the financial institutions, Voxpro would not have secured the new business.

We could be accused of overstretching ourselves but our passion and belief in what we were doing, along with our very strong management team, resulted in us winning the business and stabilising the operation. Looking back at 2012, a year of 100 per cent growth for Voxpro, we always believed we would find a way.

What moment or deal would you identify as the “game changer” for the company?
Acquiring our first international client was a “game-changing” moment for Voxpro. Even though that contract was for €500 a month, it was the significance of identifying and securing this company. We were subsequently able to use this client as a door opener to other potential international clients.

Do you plan to extend your services to a new customer demographic or penetrate a new sector in the next 12 months?
Following a year of 100 per cent growth in 2012, 2013 will see a focus on building out the strength of the company, while managing 50 per cent growth in 2013 and the addition of another 100 people to the Voxpro team by the end of the year. Anthony O’Mara, most recently SVP of Trend Micro, has joined Voxpro as chief operations officer to assist it in expanding its international reach.

We will be launching a new multilingual shared services centre this year. This new concept will provide us with the ability to deliver complex technical support for our customers across the globe.