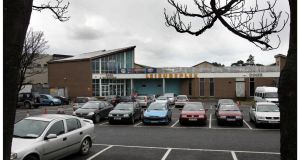 The company behind a €100 million redevelopment plan for the Stillorgan Leisureplex in Dublin claims it could suffer “millions and millions of losses” if it does not get a High Court injunction giving it possession of the premises from its tenant.

KW Investments Funds ICAV, which says it was ready to start work on the site last month, wants the injunction against Lorgan Leisure, which runs the bowling alley Stillorgan Bowl there. Its directors are Ciaran and Colum Butler,

Kennedy Wilson has secured permission to build 232 luxury apartments in blocks of up to eight storeys on the site.

Lorgan claims it is entitled to a new lease on its premises and is taking proceedings in the Circuit Court seeking to establish that it has such a right.

Kennedy Wilson, which bought the premises in 2016 from the receivers for the previous owners, Tenderbrook Ltd, says it is entitled to possession regardless of the tenancy right proceedings.

Declan McGrath SC, for KW, said that if Lorgan “had its way, it would be years before his client could ‘break ground’ ” on the project.

Work was supposed to have started last month. The estimated loss to the developer in that time was some €400,000 in additional construction costs, he said.

Delays in completing it would mean a loss in rental income of €530,000 per month. If it did not get its injunction, it would suffer “millions and millions in losses”, counsel said.

Mr McGrath said the defendant had ample time to make alternative arrangements for its business because the planning process had taken some time.

Damages would not be an adequate remedy for KW because most of the €1.1 million in assets Lorgan says it owns are fixtures and fittings that cannot be moved and “only have a theoretical value”, counsel said.

Andrew Fitzpatrick SC, for Lorgan, said, if the injunction was granted, it would mean the immediate closure of the premises and the loss of employment.

His client and its predecessors had obtained certain statutory rights as a result of 20 years occupancy of the premises. It was entitled to make an application for a new tenancy to the Circuit Court and to be heard on that, he said.

Mr Fitzpatrick said that although KW claimed it would suffer extra construction costs in the event of any delay, and there was no certainty about those costs, it was important to say this would be offset by the value of the property increasing during that time.

It was not beyond the wit of the parties’ lawyers to ensure the Circuit Court case could be heard as soon as possible, he said.

Mr Justice Denis McDonald said the issues in the case were “not straightforward at all” and it could be some weeks before he could give his decision.