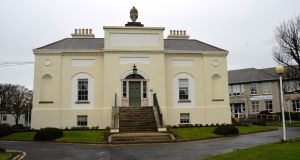 The centrepiece of Roslyn Park is a distinctive period house designed in 1790 by James Gandon. 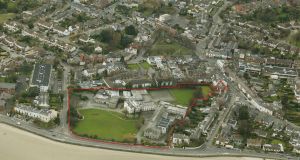 The Department of Education is understood to have paid more than €8 million above the guide price for the Rehab property in Sandymount, which extends to 2.09 hectares (5.16 acres).

The Department of Education is to base two schools in the Rehab Group’s spacious Roslyn Park facility in Sandymount, Dublin 4, after completing its purchase for more than €20 million.

Shellybanks Educate Together primary school is to move there and will be joined by a new post-primary school to serve Dublin 2,4, 6 and 8.

The patronage of the post-primary school has yet to be determined. The opening of the two schools will be subject to the necessary planning permission being obtained.

One of the conditions of the deal was that Rehab should be allowed to remain in the offices on site for four months after the closure of the sale. Rehab also has the option to use the offices for two years or longer.

The department is understood to have paid in excess of €20 million – more than €8 million above the guide price – for the property, which extends to 2.09 hectares (5.16 acres) and fronts on to Seafort Avenue, Newgrove Avenue and Beach Road.

Several leading housebuilders had also shown interest in the campus, which is partially zoned for housing but in the main is zoned “to provide for institutional, educational, recreational, community, green infrastructure and other uses” under the Dublin City Development Plan for 2010-2017.

The new schools due to open in Roslyn Park will not be the first to be based there. A convent and girls’ secondary school were opened on the site around 1950 by the Sisters of the Sacred Heart of Mary, and closed in 1982.

The centrepiece of Roslyn Park is a distinctive period house designed in 1790 by James Gandon, who was also responsible for the Custom House and the Four Courts. The house fell into a bad state of disrepair in the 1980s but was then partially demolished and rebuilt according to Gandon’s plans. The building is known by some as Gandon Villa and by others as Roslyn Park House and is fully listed by Dublin City Council.

The sale also includes 12 Seafort Avenue, a two-storey, end-of-terrace building in need of refurbishment. It has a retail extension to the front.

Ross Shorten of Lisney and John Swarbrigg of Savills handled the sale of Roslyn Park, which came two years after Rehab was rocked by a major controversy over the pay of its former chief executive and the way the disability charity was run.