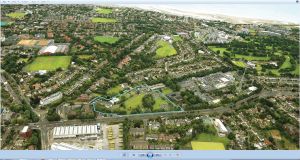 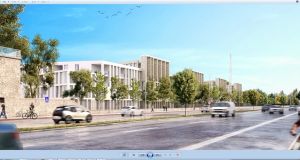 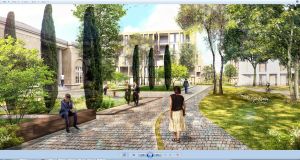 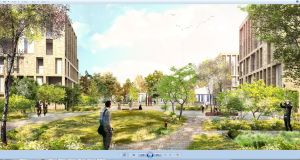 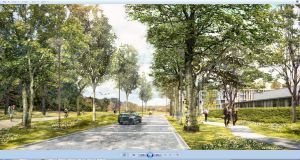 The long delayed sale of part of RTÉ’s Donnybrook grounds in Dublin 4 is finally to proceed with the national broadcaster now planning to dispose of 8.64 acres in the coming weeks.

Mark Reynolds of Savills Ireland is to invite offers over €75 million for the land which is expected to be used for a development of 15 to 20 high value houses and up to 500 apartments.

The size of the land bank to be sold has been the subject of considerable speculation over the past year with some interested parties expecting the station to offload up to 15 acres of the 32.12 acre campus it has occupied since 1961. However, RTÉ has found itself in the fortunate position of being able to settle for a smaller site because of its greatly enhanced development value over the past three years as a result of the ongoing economic recovery and the acute shortage of new homes in the Dublin area.

Mark Reynolds said RTÉ made the right strategic decision to hold on to the land through the recent upturn in values and house price inflation.

To facilitate an early sale, RTÉ has enlisted architects O’Mahony Pike to prepare a detailed feasibility study for a high quality residential scheme.

The proceeds of the sale are expected to be used by RTÉ to finance capital investments as well as dealing with a financial deficit of €2.8 million in 2015 and a shortfall of possibly as much as €20 million in 2016 as a result of higher overheads arising out of coverage of the 1916 commemoration and the general election. The station is also believed to have recorded a fall off in advertising revenue after the Brexit vote.

Savills plan to market Donnybrook “as one of Dublin’s premier residential addresses.” The development site will have the special appeal of two access points, one off Ailesbury Road and the other via a planned new dedicated junction off the Stillorgan Road which is due to be completed in the first three months of next year. This is expected to alleviate congestion at the junction of Nutley Lane and Stillorgan Road.

The Montrose land was rezoned Z12 in 2013, which makes housing a “permissible use”, meaning planning applications for housing that are within guidelines could expect to be granted. This followed a High Court ruling in 2012 that a ban on private residential development on all institutional lands in the city’s development plan was too restrictive.

Around 15 per cent of RTÉ’s current car parking spaces are likely to be eliminated in the planned redevelopment. The land going for sale includes a protected building called Mount Errol House which dates from the 19th century and which is used for office accommodation and for training purposes.

Mark Reynolds says Donnybrook is synonymous with high quality apartments and period houses but supply has been limited due to the lack of development sites.

He describes Project Montrose as a “once in a generation opportunity to be part of a truly transformative development story in one of Dublin’s most affluent and fashionable areas.”

He adds: “For anyone serious about urban development, not only in Ireland but in Europe, it doesn’t get better than this.”

The Montrose land is expected to be of interest to a range of developers including Sean Mulryan’s Ballymore company which is developing major office and residential schemes in Dublin and London; Joe O’Reilly’s Chartered Land which is securing up to €1,000 a sq ft for new penthouses under construction in Ballsbridge; Cairn Homes who are embarking on an ever increasing number of new housing schemes; Ires Reit, already the largest non-Government landlord, and Kennedy Wilson which has an apartment rental wing with over 1,000 properties in Dublin.