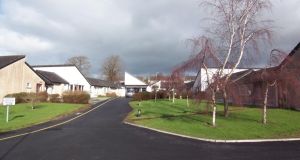 The Greenhills Nursing Home is to be offered for sale by order of the High Court to discharge a €1.9 million bank debt owed by investors.

The Greenhills Nursing Home in Carrick on Suir, Co Tipperary, in which Dr James Reilly, the Minister for Health, has an interest is to be offered for sale by order of the High Court to discharge a €1.9 million bank debt owed by investors.

Dr Reilly and four others were recently sued by a group of eight who claimed the Minister’s group had agreed in 2000 to buy the nursing home from them on the 10th anniversary of its opening.

The eight investors pressed Dr Reilly’s group to fulfil the agreement to purchase the nursing home and release the eight from all liabilities to Bank of Ireland. The nursing home was described in court as a commercial success and a valuable asset.

The outcome has been the decision to allow estate agent Shane Redmond Commercial to offer the 11-year-old nursing home for sale as an investment for €3,250,000.

The 55-bedroom, purpose-built home is let to Dilip and Vasudha Jondhale on a 10-year lease from 2011 at a rent of €260,000 per annum. Residents pay a weekly rate of €820 under a “Fair Deal” arrangement. The selling agents say there is potential to provide an additional 20 bedrooms at ground floor level.