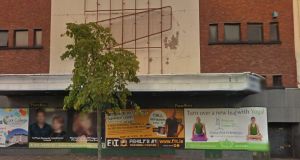 Cork has received a boost with the news that An Bord Pleanala has granted planning permission for the €50 million redevelopment of the Capitol cinema incorporating a food innovation centre.

According to developer, John Cleary, the redevelopment of the 0.65 acre city centre site with frontage on to both Patrick Street and the Grand Parade has the capacity to create up to 1,000 direct and indirect jobs as well as 200 construction jobs.

Mr Cleary said the project had been approved by Cork City Council in July only to become the subject of a planning appeal but An Bord Pleanala’s decision to give the project the go-ahead was a significant development.

“We are really pleased with this positive decision and excited that we can now proceed. Even though the plans have been slightly modified, they are very similar to the original design that was approved by Cork City Council,” he said.

“The detailed design has been completed and construction work will commence in January. As a Cork company, we realise the history and significance of The Capitol as a location and the important role that the development will play in the rejuvenation of that part of the city.”

Mr Cleary, who is also developing a new office complex on Albert Quay, said he was in detailed negotiations with a number of premium international retailers who have expressed a keen interest in locating in the city centre.

“The Capitol will make the city centre an even more attractive destination for shoppers and visitors alike and will be a catalyst for further investment in the city,” said Mr Cleary, adding that the project will encompass close to 100,000 square feet of high end retail space.

An economic impact report produced by DKM Economic Consultants for the appeal process estimates that the project will contribute €92 million to GDP and generate Exchequer revenue in the region of €21 million in a typical year, he said.

“We have been hugely encouraged by the positive reaction to the development and the level of support from the public, market traders and adjoining business owners,” he said, adding that it will help add much needed footfall to the city centre.

“The development also includes the significant investment to refurbish and reopen the famous Oyster Tavern, which involves the renovation of a protected structure and a premises very well remembered by many Corkonians,” he said.

Cork Chamber chief executive Conor Healy said the granting of planning permission for the Capitol heralds a bright new future for the city.

“Creating a vibrant city centre is key to attracting and retaining business and gives locals and visitors more reasons to spend time in Cork.”

Minister for Agriculture, Simon Coveney TD also hailed the granting of planning as an important milestone in terms of regenerating the western side of Cork city centre which will also be home to the new Events Centre on nearby South Main Street.

“It is the latest significant signal that Cork city is on the up ...... I think everyone will be excited to see the transformation of a derelict site in a highly strategic location in the heart of Cork city, into a vibrant modern signature building for retail in Cork”.

A digital walk-through of The Capitol project can be seen on Facebook.com/TheCapitolCork/