One More Thing: More bad news for the Kellys 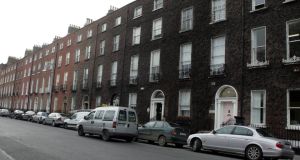 There is yet more bad news for Paddy and Simon Kelly, according to new documents. This time, a company called Trio Investment Trust has registered a judgment mortgage in the Companies Registration Office against SJR Quay Property Ltd, in relation to 11 and 11A Lime Street, Dublin 2. No amount is mentioned.

The latest annual return for SJR Quay Property Ltd, with an address on Fitzwilliam Square, is for the period to September 2011 and shows it was owned by Paddy and Simon Kelly, Brian and Alan McCormack, Fearghal O’Nolan, GT Pierse, Jim Kavanagh, Martin Murphy, Michael Flick and Norbert O’Reilly.

Trio Investment Trust is owned by the Hickey and McGrath trusts, Derek Hickey, Maria Casey, Dolores Smyth, Rodell Reid and Rosario Hickey, and owns the property holding and letting subsidiary, DG Hickey & Co Ltd, which has a mortgage with AIB in relation to 12 and 13 Lime Street, according to its latest filed accounts.

1 Who are Ireland’s 17 billionaires?
2 Why has the pension age question suddenly become an election issue?
3 Property firm sues engineering company over waterproofing of basement
4 Insolvency arrangement approved for man with €60 million in debts
5 Ryanair suing Skyscanner for allegedly selling flights through its domain
6 Ireland has fifth-largest number of billionaires per capita in the world, says Oxfam
7 Pretax profits decline sharply at Tuam-based car tech firm
8 Restoring pension age to 65 would cost €620m a year, claims FF
9 Bosses more gloomy on growth than at any time in past decade
10 Inheritance tax rules where young grandson’s dad has died
Real news has value SUBSCRIBE