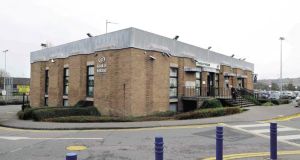 A Norwegian family trust has paid about €3 million for the Bank of Ireland branch at Wilton shopping centre in Cork only days after completing the purchase of five high-quality office blocks at Cork Airport Business Park for €15.1 million.

The family trust, which trades as Adel Crest, is already on the lookout for further commercial property investments.

With Bank of Ireland paying a rent of €292,000 on the standalone bank premises, the new owners will earn a return of 9 per cent. The 25-year lease from 2006 includes a break option in 2021. The split-level building has an overall floor area of 661sq m (7,115sq ft) and is subject to upwards-only rent reviews every five years.

The Norwegian investors will do even better on the airport park, which will produce a yield of over 10 per cent.

There is an overall rent roll of €1,639,449 from the five office buildings which are rented by leading international companies Amazon, Red Hat, Glaxosmithkline, Hittite and Vertex as well as the \National Cancer Registry Board. Rents range between €107 and €247 per sq m (€10 and €23 per sq ft), while the various leases have between one and four years to run.

Michele McGarry of Colliers International, who advised the Norwegian buyers, said they were happy to have to deal with the short-term leases which would give them the opportunity to negotiate longer-term contracts at somewhat higher rents.

The overall purchase price also included an adjoining three-acre site with planning permission for a headquarters building extending to 7,617 sq m (82,000 sq ft). The selling agents had valued the plot at €500,000.

Lisney handled the sale of the bank branch and office park.

DTZ Sherry FitzGerald were joint agents on the office complex.