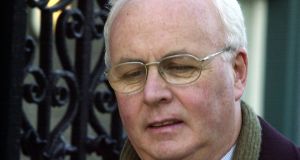 Stormont’s Finance and Personnel Committee is investigating Nama’s sale of its Northern Ireland property loans – dubbed Project Eagle – to US fund Cerberus for €1.6 billion in 2014.

In a letter to the committee’s chairman, Daithí McKay, Mr Daly called on the committee to correct “unsubstantiated and unfounded suggestions” that the agency was not helpful to the investigation.

The committee states in a report published this week that it found Nama’s refusal to answer questions at an oral hearing unhelpful given Project Eagle’s importance to the Northern Ireland economy.

Mr Daly says that while Nama is only accountable to the Oireachtas, the agency provided detailed and prompt written responses to the 105 questions that the assembly committee put to it and invited it submit any further queries it had.

The Nama chairman points out that he told the Dáil’s Public Accounts Committee (PAC) on October 1st that the agency would answer any question that the Stormont investigation wished to put to it.

“You also addressed that meeting of the PAC and were present, as were other members of your committee, whilst Nama was giving its evidence,” he says.

Project Eagle is mired in controversy sparked by claims that business people and politicians were to benefit from the deal.

The Stormont committee and the UK’s National Crime Agency are investigating the transaction.