Dundrum centre thought to be most valuable property in the State 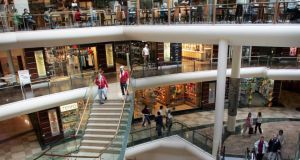 Nama is to appoint Eastdil Secured, a subsidiary of the Wells Fargo Bank, to handle the sale of Ireland’s most valuable real estate asset, Dundrum Town Centre in Dublin.

The €1 billion-plus Project Jewel loan sale will also cover a number of other properties including 50 per cent stakes in both the Pavilions shopping centre in Swords, Co Dublin and the Ilac shopping centre.

Though relatively unknown in Ireland, Eastdil is currently acting as joint agent on the sale of two high-value Ballsbridge sites in Dublin bought during the boom by developer Sean Dunne. One extends to 6.8 acres and includes the former Berkeley Court and Jurys hotels, and the other is at the AIB Bankcentre where a further three acres and four dated office blocks are for sale.

The London Evening Standard said recently that Eastdil’s sales point is that it acts only for owners “and thinks like a bank not like a property agent”.

The loans are due to go on the market towards the end of next month, with first bids due in early August.

Dundrum Town Centre on its own is producing a rent roll of around €55 million for Joe O’Reilly’s Chartered Land, which developed the centre. Another €10 million comes in rental income from its shareholding in the Pavilions and the Ilac centre. Irish Life and IPUT each own a 25 per cent stake in the Swords centre while Irish Life holds a 50 per cent interest in the Ilac.

Nama originally owned €538 million of the €775 million in senior debt secured by the Dundrum shopping centre. The State agency subsequently bought in Ulster Bank’s €129 million in syndicated loans at par value as well as a €108 million syndicated loan from KBC Bank at par. Insiders believe that the pooling of all the senior debt should have the desired effect of attracting the interest of sovereign funds.

The Dundrum sale represents a particularly important point for Nama, which was originally due to wind up in 2020, but is now expected to finish its work sooner.

Nama paid €31.8 billion to buy property loans with a face value of €74 billion from domestic banks. These loans covered 772 debtors, with just more than 600 remaining on the agency’s books last month. This number is expected to fall to about 140 by the end of this year, as loan sales proceed.

Of the 772 debtors whose loans transferred to Nama after its establishment, fewer than five had paid back their debt in full by last month. Most of the original total owed less than €100 million each, with 12 of the debtors owing more than €1 billion each.