Is price paid for RTÉ land a sign of another property bubble? 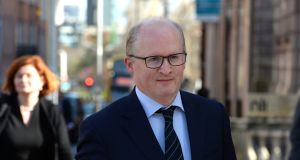 Not for the first time, Irish listed property group Cairn Homes has blown its rivals away with a bid for a prime residential site in Dublin by offering to pay €107.5 million to buy 8.64 acres of land in Donnybrook from RTÉ.

This was 43 per cent more than the €75 million guide price that estate agent Savills had put on the site and substantially ahead of rival offers.

Cork developer Michael O’Flynn is understood to have pitched his bid at more than €90 million, while Richard Barrett’s Bartra came in at around €86 million.

Joe O’Reilly’s Chartered Land and Bridgedale, a low-profile Irish developer, were also in the mix.

Cairn’s price equates to €12.4 million an acre for the Montrose land, a figure that rivals variously tut-tutted on hearing the news of the winning bid. And the RTÉ land doesn’t even have planning permission.

Cairn will have to skilfully navigate the planning process to secure permission for the 500 apartments and nine houses it is proposing for the site, which must include meeting the Part V planning act requirement to provide 10 per cent of the development to the local authority for social and affordable housing.

With a fair wind at its back, the likelihood is that it will be at least three years before Cairn signs on the dotted line with the first purchasers in Montrose.

The price agreed for the Montrose land is certainly a clear indicator of Cairn’s bullish view of the Irish property market. No surprise, perhaps, given that house-price inflation is running at about 10 per cent a year (although inflation on Cairn’s own sites is running at about 2 per cent).

In mid-2015, Cairn acquired the 8.1 acres Marianella residential site in Rathgar, Dublin 6 for €43 million. With 234 apartments and houses planned for Marianella, the purchase price equated to about €183,000 per unit.

In phase one of the development, which is sold out, apartments were priced between €395,000 and €675,000, with the houses fetching even more.

If Cairn gets 509 apartments and houses at the RTÉ site, the purchase price equates to €211,000 per unit. There’s no guide on unit prices yet but Montrose in Donnybrook can be expected to command even higher prices than Marianella, presuming demand holds in the market.

Meanwhile, in mid-2015, Chartered Land, backed by Abu Dhabi Investment Authority, paid €25 million an acre to secure the two hotel sites in Ballsbridge that Sean Dunne had wanted to turn into a mini Knightsbridge.

Cairn bid hard for that site in Dublin 4, which was sold by Ulster Bank, but was about €40 million behind Chartered Land in the finish.

Dalata Hotels, meanwhile, paid the equivalent of €22 million an acre to acquire a small site on Kevin Street in Dublin for a new 137-bedroom Maldron hotel.

Based on those two deals, Cairn’s purchase of the RTÉ site looks like good value – but it’s all subjective.

Fears of another property bubble in Ireland are premature. The major difference between now and the bubble years is that there isn’t the same level of bank debt involved in the market. That, and the fact that the prices paid for land were so bonkers – Sean Dunne paid €59 million an acre for the Ballsbridge hotels before the crash.

Including the RTÉ deal, Cairn has spent more than €850 million purchasing sites over the past two years, but it has just €200 million in senior bank debt on its books, priced at about 3 per cent. Its funding has come from the capital markets, with investors stumping up another €52 million via a placing in March.

In terms of the other apartment builders in Dublin, O’Reilly’s scheme on the site of the former Berkeley Court Hotel is backed by institutional money from the Middle East, while Nama’s projects have the backing of the State.

Kennedy Wilson and Ires Reit, both in the build-to-rent space, have tapped capital markets.

The other big difference is that the Central Bank’s macroprudential rules give the regulator the ability to intervene in the housing market if it believes prices are getting out of control. Having lifted the ceiling on the loan-to-value limits for first-time buyers, the narrative has now switched to the 3.5-times income limit that lenders are required to apply on mortgage applications.

Pressure is mounting from various quarters of the construction/housing industry to lift this figure to the 4.5-times level that applies in the UK so that first-time buyers can afford to buy a house.

This would do nothing to address the supply issues that are so obviously affecting house prices. It will be interesting to see how Central Bank governor Philip Lane responds to those calls, which are sure to get louder in the months ahead. He would do well to resist them.