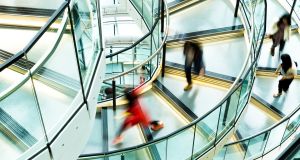 Should HPG succeed in getting people back to Hudson Valley mall in numbers, then investors who have been writing obituaries for malls may have to rethink

“We have never sold a mall,” says Jim Hull, managing principal of Hull Property Group (HPG). “We can turn round these very out-of-favour properties.”

His credentials as a turnround specialist face a stern test after HPG picked up a struggling shopping mall near Ulster, 2½ hours’ drive north of New York City, for $8.1 million in January.

The Hudson Valley mall is a 750,000sq ft single-storey structure, and its recent history illustrates the storm ripping through malls across the US: a debt-laden owner failing to anticipate how quickly Americans would embrace ecommerce; the loss of anchor tenants that pay the fattest rents and attract other retailers.

JC Penney and Macy’s, the department store groups, departed in 2015 and 2016 respectively.

The new owner is quick to acknowledge that replacing such anchor tenants will be far from easy, but it says it is committed as an “operator, not a financial player”, says Mr Hull.

In 2011 a new $50 million mortgage was taken out on the mall and subsequently bundled together with other loans into a CMBS. However, as the mall began to shed tenants, including fast-food chains Buffalo Wild Wings and Friendly’s, payments on the mortgage slipped.

HPG, which owns 28 malls in 13 US states, used to have loans that were bundled into CMBS deals, says Mr Hull, but no longer. It paid cash for Hudson Valley.

“There is nobody who would lend money on those assets now,” he says of a mall that was valued at more than $100 million a decade ago and has a Walmart nearby. “[Its previous owners] had borrowed too much money. It was way out of kilter with the new realities of retail.”

Metal shutters remain drawn over the space once rented by JC Penney. But the crumbling value of the mall has one benefit for the new owner: the amount of property tax has plunged.

HPG has been able to negotiate a lower tax assessment with local authorities in Ulster, from $66 million down to $6 million. But declining tax receipts are biting for Jim Quigley, Ulster’s supervisor, who oversees the town’s board.

Having grown up in the 1950s around an IBM facility that employed 7,000, he recalls how the technology company’s departure in the 1990s took with it the town’s largest single taxpayer and younger workers. The Hudson Valley Mall was the second biggest taxpayer.

“My number one and number two have hit the wall and we are facing assessment challenges and battles,” says Mr Quigley.

Securing a lower tax assessment was the first big step for HPG. Drawing retailers and shoppers back to the mall is a far tougher challenge.

Renovating the property, hiding vacant stores and changing the lighting are part of Mr Hull’s plan, alongside a focus on female shoppers. The hope is that an initial investment, estimated at $1.5 million, will lure other tenants as well as retailers, such as a dance studio and a cooking school.

There are plans to refurbish a cinema, and early talks to bring in a medical centre to occupy a redesigned space once occupied by an anchor tenant.

Much of the work ahead for HPG will be in the surrounding area. “We will spend a lot of effort on the retail corridor,” says Mr Hull. “These malls are not operating as an island. They are part of an ecosystem.”

Although malls are unlikely to return to their heyday, “they can be relevant”, he says.

Lower taxes and a debt-free mall will help HPG, but that is unlikely to be enough unless the company can reinvent the shopping mall experience for the residents of Ulster and the surrounding area.

“It’s awful,” says an employee at one of the stores in the mall. “There is no foot traffic. We need foot traffic.”

Should HPG succeed in getting people back to the mall in numbers, then investors who have been writing obituaries for malls may yet have to rethink. – Copyright The Financial Times Limited 2017