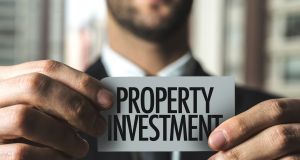 According to a European Buy-To-Let league table from payments company WorldFirst, the average yield on an Irish property stood at 7.08 per cent in August 2017, up from 6.54 per cent in 2016, and far ahead of the rest of the EU-28.

Ireland has topped a European buy-to-let league table for the second year in a row, as soaring rents across the country means it offers the best return on income to property investors.

According to a European Buy-To-Let league table from payments company WorldFirst, the average yield on an Irish property stood at 7.08 per cent in August 2017, up from 6.54 per cent in 2016, and far ahead of the rest of the EU-28.

Yield is calculated by expressing annual rental income as a percentage of how much a property costs to buy, and Ireland is particularly attractive at the moment as rents are at record highs, but property prices are about 25 per cent off peaks in Dublin, and about a third in the rest of the country.

Yields of such levels make property investment appear attractive, and might explain the continued high levels of cash sales in Ireland, as cash rich investors look for opportunities. While this ensures a supply of property available to the rental market, it does make it more difficult for first-time buyers to compete and acquire their own property. Indeed yesterday Merrion Capital’s economist Alan McQuaid suggesed that the Government should consider penalising property investors “looking to make a quick buck” in order to stop first-time buyers being priced out of the market.

Malta, Portugal, Netherlands and Slovakia also emerge in the survey as the next European hotspots with yields over 6 per cent. All four countries have relatively low property prices, yet rental averages provide an opportunity to earn a decent income.

Meanwhile, yields are slumping in the UK, where stamp duty changes have made purchasing an investment property less attractive and Brexit is having an impact on the property market. UK yields have fallen back to 4 per cent the survey shows, putting it at the bottom of the league table in 25th place, down from 15 in 2016.

“While the UK remains in a purgatory-like state between EU membership and Brexit, long-term investment decisions have become increasingly difficult to make and falling returns for property investors could mark the beginning of the end for one of the UK’s most successful investment avenues of the past 25 years,”Edward Hardy, economist at WorldFirst said.

Also sitting at the bottom of the table are Sweden, Croatia, France and Austria all providing returns of less than 4 per cent due to high property prices and a stagnant rents. Sweden takes last place for the third time due to its tightly controlled rental market.