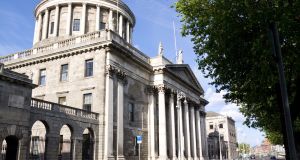 The High Court ruled the council failed to adequately record its conclusions, based on its preliminary examination of the development, in accordance with 2001 planning regulations requiring an environmental impact statement in cases where a development would be likely to have significant effects on the environment. Photograph: iStock

Planning permission for a development of 367 housing units in Cherrywood, south Dublin, has been quashed by the High Court. Dún Laoghaire-Rathdown County Council must now reconsider the matter in line with the court’s findings.

Orla Fitzgerald, who lives beside the 16-acre site where Tudor Homes wants to construct a €130 million apartment/houses scheme, had challenged the council’s planning approval granted last January. On Friday, Mr Justice David Barniville remitted the matter to the council for reconsideration.

He said that reconsideration should only apply from the time immediately before the council started its assessment after receiving further information from Tudor in December 2018.

The property is located at Brennanstown within the Cherrywood Strategic Development Zone (SDZ), a special government designation which means once a local authority grants permission there is no right of appeal to Bord Pleanála.

Among various claims Ms Fitzgerald alleged that the council gave no, or no adequate, reasons for its decision. She claimed the council had wrongly confined itself to a consideration of whether the development was consistent with the Cherrywood Planning Scheme. She also claimed its decision was irrational and/or void for uncertainty.

The council and Tudor, as a notice party, agreed the permission should be sent back for reconsideration from the point in time when new information was received, but argued it should not be on the basis of restarting the entire planning process.

Mr Justice Barniville ruled the council failed to adequately record its conclusions, based on its preliminary examination of the development, in accordance with 2001 planning regulations requiring an environmental impact statement in cases where a development would be likely to have significant effects on the environment.

He was, therefore, quashing the decision and remitting it for reconsideration from the time further information was received by the council during its original consideration.