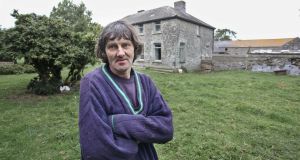 In 2015, Mr Reid won a landmark Supreme Court decision against IDA Ireland over the use of compulsory purchase orders for his 72-acre Hedsor House farm, which is next to the US chip giant’s current 120-acre campus in Leixlip. Under the expansion plan, the facility’s acreage will increase by another 30 acres.

He claims the board’s approval decision was “rushed”, an error in law and should be quashed.

On Friday, Mr Justice Charles Meenan gave permission to his lawyers to bring an application for judicial review next month against the board with Intel as a notice party.

It is claimed by Mr Reid that, as part of its manufacturing process for IT equipment materials, toxic chemicals like ammonia, helium, hydrochloric acid and argon are stored in bulk tanks at Intel.

He says it is common case that there is a risk to the adjacent Rye river Valley/Carton special area of conservation from emissions as a consequence of the manufacturing process if they are not mitigated properly. In the event of a major accident a chemical leak into the river Rye could have a significant effect on four other protected Habitats-Directive sites connected with the river Liffey, it is claimed.

Mr Reid, in an affidavit, claims the board’s inspector dealing with his appeal of Intel’ planning permission erred on several grounds. He claims the application involves a doubling of the Intel plant area and will result in buildings just across the road from his farm.

Intel failed to consider alternative sites including lands it bought south of the existing campus in 2018. This land was not considered at all because, he says, Intel claimed that land was purchased only after design work on the current plan had been progressed.

Construction work on the new plant is expected to take four years, including two years of breaking out and removing some 647,000sq m of rock to a depth of 17m. This would be akin to the workings of a big rock quarry, he says.

Nuisance and vibration from this rock-breaking for two years or longer would breach normal noise limits, though Intel is proposing “more liberal limits” as part of its plan, he says.

Some 6,000 workers will be involved in the construction, but there will be 500 car parking spaces only on the site, he says. While Intel says “remote parking” will be encouraged and strict policies will be in place to prevent nuisance parking, Mr Reid claims no assessment had been made of this.

The farmer says the company, in its own appropriate assessment accompanying the planning application, indicated accidental pollution has a potential to affect river and aquatic environments up to 20km away. The assessment, however, does not provide information on the effect of emissions to the air as a result of an accident, he says.

Another Intel report concerning the effects on the natural environment and plant life had errors and omissions, he says.

It is also claimed the board failed to properly consult with the Health and Safety Authority in relation to major accidents.

It is further claimed power consumption at the plant will more than double as a consequence of the extension.

1 Bank leaked my loan request to family who tried to rip me off
2 EU and British positions harden ahead of Brexit talks
3 Ryanair and Aer Lingus monitor impact of coronavirus on travel to Italy
4 UK lays down red line for Brexit trade talks
5 Some €436bn wiped off European stocks as coronavirus fears increase
6 Boris Johnson's new immigration regime will damage much more than industry
7 Over $12m from sale of Walford handed over in Sean Dunne bankruptcy case
8 Mastercard to create 1,200 new jobs by expanding base in Dublin
9 Penneys owner warns coronavirus could threaten some supplies later in the year
10 US stocks have worst day in two years as coronavirus fears spread
Real news has value SUBSCRIBE