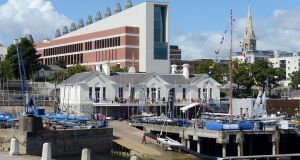 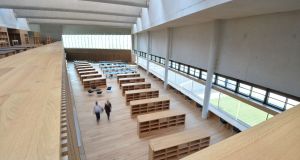 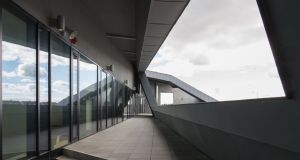 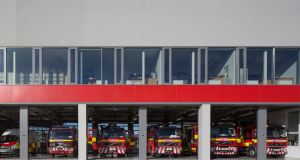 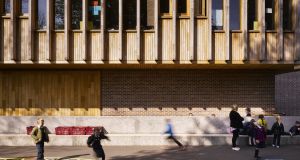 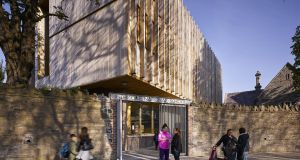 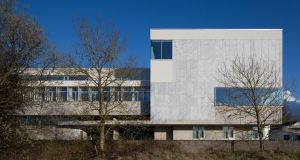 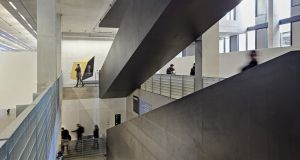 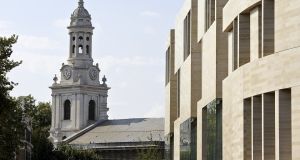 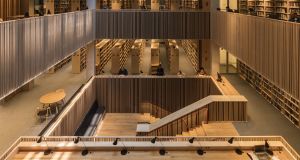 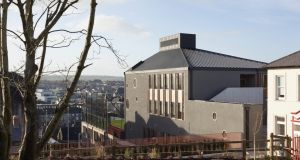 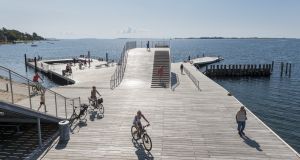 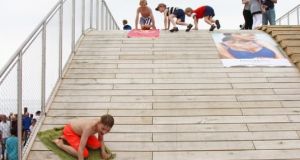 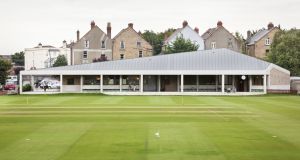 Merrion Cricket Club and a school in Inchicore are on the 40-strong shortlist for the European Union Prize for Contemporary Architecture – Mies van der Rohe Award, which is given every two years. The striking angular zinc-roofed cricket pavilion was designed by Taka Architects while the school, with classrooms at tree height, was designed by Donaghy + Dimond Architects.

Nine buildings in Ireland were in the running for the award – along with 356 buildings across Europe – which aims to highlight the contribution of European designers to new ideas and technologies as well as to culture. It also promotes architectural commissions across European borders.

This aspect brought a further four Irish architectural practices into work nominated for this year’s awards: the Central European University in Budapest by O’Donnell + Tuomey Architects; the University of Greenwich London by Heneghan Peng architects; a fishing hut in Hampshire, England, by Níall McLaughlin Architects and a bathing area in Faaborg Harbour, Denmark by Irish practice Urban Agency with JDSA/Julien De Smedt. They bring the total of Irish practices that were in the running to 13.

Ten of the projects are in the commercial, education, civic and sports sector, while the other three are homes. The contenders were nominated by experts in each nation. The shortlist will be whittled down to five finalists and the winner will be announced in May.

Nearly all of the buildings that were on the longlist are “constructed in an existing built environment and testify that a key challenge for contemporary architecture is the consciousness of its urban environment and a constant dialogue with cultural heritage”, said Michael Magnier, director for culture and creativity at the DG education and culture arm of the EC.

Prize coordinator Ivan Blasi said: “The nominated works are stimulating, innovative and have improved the existing conditions of their sites.”

This holds true for the 13 Irish buildings nominated , in both addressing their urban settings and improving their surrounds. This is a value worth holding on to as construction escalates again in Ireland. We have a choice whether to impose dull and lazily designed newcomers on our cities and towns or to improve our urban settings.

Taking the former approach means that even fire stations can be beautiful, as seen by the Waterford Fire Station by McCullough Mulvin architects whose zinc-rich form brilliantly sweeps around following the function of rescuing: tracking the activity of people and appliances.

Bringing creativity and culture together is the brick-and-concrete Merrion Cricket Pavilion by Taka. Again, it cleverly matches design and function, with thought-through elements such as ball-proof windows and wood panelling just over a metre high because it is “the ideal height to lean against while viewing cricket or sipping a drink”, say the architects.

The mix of heaviness and light – a feature of many of the Irish buildings up for the prize (and something architect Mies van der Rohe himself excelled at) is helped by the faceted roof (above two rectangle bases) which is no random shape. “Although the form of the new building appears from certain vantage points to be highly irregular, it is in fact a symmetrical pyramidal volume cut to fit the irregular geometry of the site,” say the architects.

Such insightful intellectual pursuits meeting outlooks on nature and culture also occur in the DLR Lexicon Library in Dún Laoghaire by Carr Cotter Naessens Architects. It mixes smaller rooms on its redbrick and stone town side and great volumes on its granite-clad park and sea sides with large windows capturing nature both green and blue. The angled roof, bringing in light shards, continues the theme among many of the Irish nominations, with monumental concrete contrasting with natural light and, in this case, oak bookshelves, and bronze elements.

Daylight comes through multiple openings in Heneghan Peng’s architecture school for the University of Greenwich with a steel, glass and concrete interior and limestone exterior that address the historic buildings around it, including Hawksmoor’s St Alfege Church and Christopher Wren’s Royal Naval College.

ABK Architects also addressed the town surrounds at Roscommon Civic Offices by following the footprints of the jail previously on the site (and incorporating its stone wall), cleverly creating outdoor spaces such as a wooded garden and covered walkway.

Again light shafts cut through the concrete and marble structure and fritted glass brighten life within, with views to nature outside.

St Angela’s College Cork by O’Donnell + Tuomey, which is on a tight, steep site in Cork city, creates a miniature town of its own with lanes, courts and gardens. Red sandstone from Cork was added to the concrete mix for the paving, speaking to the landscape of Patrick’s Hill. The whole is naturally lit and ventilated.

In its building for the Central European University in Budapest the practice also used local limestone to emphasise its geometric quality and to sit happily with traditional stone architecture of Budapest.

Taking a town to the sea is Urban Agency and JDSA/Julien De Smedt’s Harbour Bath in Faaborg , Denmark, with diving platform, water-playground and sauna with three wooden piers animated by pools and ramps – all eliciting exhilaration.

The award’s remit of promoting “a clearer understanding of the cultural role of architecture in the construction of our cities” is something these architects thoroughly understand.