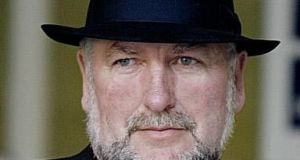 Developer Gerry Gannon is entitled to judgment for some €2.18 million rent payable against a company which operated a car park for Dublin Airport users on lands in Santry owned by the builder.

Developer Gerry Gannon is entitled to judgment for some €2.18 million rent payable against a company which operated a car park for Dublin Airport users on lands in Santry owned by the builder, a High Court judge has ruled.

He sought orders for possession of the car park premises against both defendants and a summary judgment order for some €2.18 million in rent against Parkfly in respect of a 2019 lease for the premises.

Parkfly operated the car park premises under two leases granted by Mr Gannon in 2014 and 2019.

Last Bus Ltd, operator of a shuttle bus service between the car park and the airport, had, under a licence agreement with Mr Gannon, used a bungalow premises adjoining the leased lands as an office.

Mr Gannon claimed the €2.18 million claimed represented the rent, including turnover rent, due from January 2019 to October 4th 2019. It was also claimed no monies had been paid by the defendants concerning their occupation of the car park since October 5th, 2019.

In correspondence between the sides before the case was initiated in September 2020, Parkfly disputed rent arrears were due in respect of the 2019 lease. It said arrears of some €1.9 million relating to its occupancy of the lands before October 2018 would be dealt with in due course.

The company also said it had expected its tenancy of the car park would be renewed and 60 jobs would be lost if it was not.

It was alleged Mr Gannon was seeking to take advantage of the Covid-19 situation in an attempt to gain possession of the property and had “benefitted handsomely” from Parkfly’s hard work in building up the car park service with payments of some €6 million made to him between 2014 and 2019.

In correspondence, solicitors for Mr Gannon refuted the claims.

After proceedings issued, the defendants consented to Mr Gannon securing an order for possession of the car park premises at Turnapin Great, Swords Road, Santry, but Parkfly opposed the summary judgment application against it for rent.

It claimed the calculation of the rent, part of which was referable to turnover, was erroneous and claimed, if anything, it had overpaid rent. It also claimed, under the lease, the rent calculation issue should be decided by an independent expert.

In a recently published judgment, Mr Justice Michael Quinn, having analysed the lease agreements and the evidence, ruled Mr Gannon was entitled to judgment against Parkfly in the €2.18 million sum claimed.

Among various findings, he said Parkfly’s claim the turnover amount should have excluded certain sums referable to the costs associated with the shuttle bus services was “wholly unsupported” by the lease terms.

Final orders will be made later.