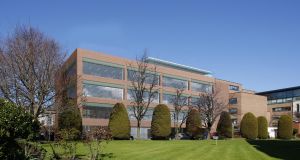 An investment group paid Davy Irish Property Fund in the region of €15 million for Mespil Court in Ballsbridge, Dublin.

Davy Irish Property Fund (DIPF) , one of the major Irish players in the Irish commercial property market, has opened its fund to a larger pool of investors after a notable run of investment successes.

Davy Real Estate, which manages DIPF, is currently marketing the fund to raise fresh subscriptions for new investments and in order to achieve greater liquidity. Since June it has raised more than €23 million and is on target to attract significant additional funds for investment primarily in Dublin-based office and retail properties.

Davy Real Estate recently availed of the growth in capita values to sell non-core assets including a building in Dublin’s O’Connell Street, an office investment at Avoca Court in Blackrock and another one at Mespil Court in Ballsbridge.

An investment group paid in the region of €15 million for Mespil Court – €4.5 million above the guide – and is now planning to spend a further €2.5 million on its refurbishment.

The marketing campaign by Knight Frank to offload the investment relied heavily on an architectural feasibility study and a planning appraisal that favoured the redevelopment of the site and the construction of a greatly enlarged four- storey office building over lower ground floor with an overall office area of 3,700sq m (39,826sq ft).

However, the new owners decided against redeveloping the site and settled on an upgrade with the approval of their three new tenants.

The property has car and pedestrian access through Burleigh Court from Burlington Road. The main entrance is off Mespil Road and the Grand Canal.

Agents Brown Corrigan, who acted for the new owners, said they were not in a position to comment.