Hotel group to invest €4.5m on turning property into a four-star hotel 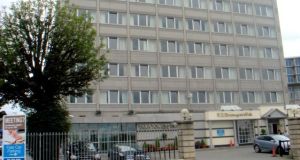 The Tara Towers was put up for sale in October with DTZ Sherry FitzGerald quoting in excess of €9 million for the property and an adjoining 1.4-acre site beside it

Dublin and London-listed Dalata has acquired the Tara Towers Hotel on Merrion Road, Dublin 4, for €13.1 million.

The group said it plans to invest €4.5 million on renovating the three-star hotel,in a move which will convert the property into a modern four-star establishment. The hotel will be rebranded as a Maldron hotel once renovation work is completed.

Completion of the acquisition is expected in January 2016.

Facilities at the hotel include 111 ensuite bedrooms, a bar, restaurant, and car park . The hotel also has conference facilities for 300 people and a banqueting hall that can seat 180 guests. The total size of the site is 1.46 acres.

Profits attributable to the hotel are expected to be €475,000 this year.

“The Tara Towers Hotel is a very well located hotel in Dublin 4 that fits seamlessly into our strategic plan to grow our portfolio within Ireland and specifically the Dublin market,” said Dermot Crowley, deputy chief executive - business development and finance.

“We look forward to upgrading this property in a manner similar to the recent refurbishment of Maldron Pearse Street Hotel which is proving to be a very successful project for us,” he added.

The Tara Towers was put up for sale in October with DTZ Sherry FitzGerald and Savills acting as joint selling agents. DTZ was quoting in excess of €9 million for the property and an adjoining 1.4-acre site beside it. The hotel and site were bought by Elmpark developers Bernard McNamara and Jerry O’Reilly in 2003 for €14.2 million.

Dalata, which was founded in June 2007, is the biggest hotel operator in Ireland with 41 hotels and more than 6,700 bedrooms. In March 2014, it raised €265 million through the issue of existing ordinary shares and listed on the AIM market in London and the ESM in Dublin.

In an note to investors Goodbody said given the lack of new supply of hotel rooms expected in Dublin over the next two years, Tara Towers is an ideal acquisition for Dalata.

“Revenue per available room (RevPAR) in Dublin continues to grow at one of the fastest rates across Europe’s largest cities and we are expecting double-digit RevPar growth in 2016,” said Goodbody analyst Kevin McDermott.

“This acquisition adds an additional 4 per cent to its room stock in the city, before any extensions take place. We view this announcement as a positive for the group as it further increases its exposure to the Dublin market,” it said.