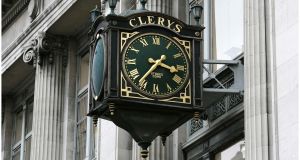 Financial statements recently filed reveal that 80 per cent of Natrium, the company that bought Clerys on the eve of the store’s closure, is vested in an Icav.

Control of the company that bought Clerys in a controversial €29 million deal last year is ultimately held in a complex type of tax-avoidance vehicle that is expected to be targeted with a loophole closure in the budget.

Financial statements recently filed for for several companies connected with Clerys reveal that 80 per cent of Natrium, the company that bought Clerys on the eve of the store’s closure, is vested in an Icav (Irish collective asset vehicle).

Natrium is 20 per cent owned by a company connected to developer Deirdre Foley. The other 80 per cent, the documents reveal, is owned by Private Equity Real Estate Icav, which is connected to Cheyne Capital, the London hedge fund that is majority owner of Clerys.

Icavs were introduced last year, following lobbying by the funds industry, to tempt certain types of offshore fund business to Ireland. It has since emerged, however, that the structures have been widely utilised to avoid tax on Irish property.

Denis O’Brien is reported to have used an Icav structure in relation to the LXV building on Stephen’s Green, which he sold this year for €85 million, sparking criticism in the Dáil from Opposition TDs that the structures could legally be used to avoid tax on Irish property.

The news that the owners of Clerys, the sudden closure of which left hundreds of workers jobless and many without redundancy payments, is exploiting the Icav loophole to avoid tax on its investment will ratchet up the pressure on Minister for Finance Michael Noonan to close any such loopholes in the budget.

Natrium insisted the Icav is “fully tax compliant” and said the wider Clerys redevelopment project will create jobs and generate taxes for the exchequer.