Barclays to set up EU hub in Dublin’s Dawson Street 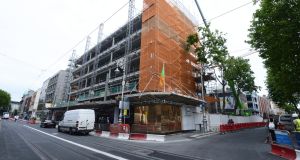 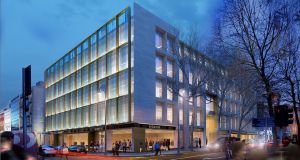 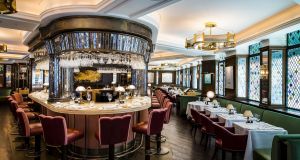 Barclays look like settling on Dublin’s Dawson Street as the location for an EU hub after Brexit if UK finance companies lose their easy access to the European trading bloc.

After looking for suitable offices in the city since last January, the bank has agreed rental terms with Green Reit for most of the office content of a high profile building under construction on Dawson Street.

The planned move by Barclays to the newly defined address, One Molesworth Street, may well coincide with the opening by the London-based Caprice Holdings of a branch of The Ivy Collection of restaurants on the ground floor of the same building. The West End group, a firm fixture on London’s dining and social scene since its foundation a century ago, has agreed a rent of €500,000 per annum for the primary retail area of around 464sq m (5,000sq ft) on the ground floor and a further 371sq m (4,000sq ft) at basement level. The restaurant will have a distinctive street frontage on to Dawson Street featuring vertical glass fins, solid bronze and an impressive bronze anodised brisle soleil.

The new business will look directly across the street at another UK restaurant group, Marco Pierre White’s Steakhouse & Grill.

The two dimensional block was designed by Henry J Lyons and is planned to have one of the best fitouts in the city. Like the ground floor retail area, the offices have been designed to deliver maximum flexibility with bright expansive floor plates featuring floor-to-ceiling glazing on all four sides of the building.

Barclays’ new offices will be capable of accommodating more than 400 staff. The bank’s existing office is located at Park Place on Hatch Street where it rents over 1,393sq m (15,000sq ft).

One Molesworth Street looks set to bring in an overall rental income of around €5 million for Green Reit and to trigger a higher than expected capital value because of the tenant line up, the impressive finish planned for the building and its prime location opposite Hibernian Way. The opening later this year of two new Luas stops close by on Dawson Street will further strengthen the appeal of the area.

Green Reit is spending around €30 million on developing the mixed-use building which replaces the old headquarters of Royal Sun Alliance. Green bought it in 2014 for €23 million – considerably less than the €65.5 million paid for it in 2005 by Garret Kelleher’s Shelbourne Developments.