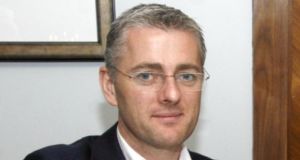 Aidan Brooks: his Tribeca Holdings got involved with US firm Ashkenazy on the purchase of Old Spitalfields Market in London

Aidan Brooks, the Limerick property man and pal of JP McManus, probably didn’t reckon upon Tracey Emin – the celebrity British artist behind seminal works such as Everybody I Have Ever Slept With and My Bed – when Brooks’s Tribeca Holdings got involved with US firm Ashkenazy on the purchase of Old Spitalfields Market in London.

In a deal put together by Tribeca, former Anglo client Ashkenazy paid Sean Mulryan’s Ballymore £113 million last year for the market, which is a favourite hangout for the waifs and strays of the local arty set.

A much-loved newsagent within the market was apparently given notice to vacate, prompting local resident Emin to set up a petition last month.

Following the proposed eviction by the new US landlord, Emin – who also owns homes in Miami, New York and France – asked, “Is London recognisable?”

The Art Newspaper reports that she met with Brooks’s firm last week, and was assured that Tribeca had located an alternative shop for the newsagent “on good terms”.

Emin revealed the developers have also snapped up the rather infamous Ten Bells pub across the road from the market, which is known as the final watering hole of some of Jack the Ripper’s victims.

Brooks really is a sharp operator.