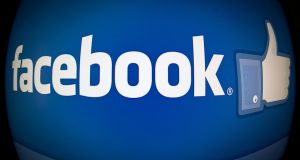 Facebooks’s decision to book major UK sales via its London operation, rather than through its Irish subsidiary, shows the impact of criticism about low tax payments by US multinationals.

The move shows how this process poses some threats to Ireland, as Facebook says it will pay “ millions” more in tax in the UK. This means it will pay less tax here, though dig a bit deeper and you will see that, in fact,the tech giant does not pay much tax on corporate profits here in the first place.

We will have to wait to see Facebook’s accounts over the next few years to see what this will mean in reality for the exchequers in London and Dublin. In the UK, the company paid just £4,327 in corporation tax in 2014, less than what a lot of its employees would pay in income tax in a month.

So where was the profit on sales made in the UK taxed? Nowhere, is the answer - or not much anyway - and this is the crux of the debate, which centres on how little US companies pay on profits earned outside the US.

The sales were booked through its Irish subsidiary, meaning invoices to UK customers came from Dublin, not London. This has contributed to huge revenues in Ireland - the latest figures for 2014 show €4.8 billion in revenue. But the company has only declared tiny profits in Ireland - €12.8 million in 2014, on which it paid tax of €3.4 million, a tiny sum by any reckoning.

How does Facebook achieve this? Well the main Irish operating subsidiary pays billions in “ administrative expenses” to another company in the Facebook empire. Most of this relates to expenses paid to allow the Irish subsidiary to use the intellectual property (IP) used to develop the Facebook service.

Most of the cash which goes in the front door of the Irish subsidiary goes straight out the back exit to elsewhere in the Facebook empire. Previously it was reported that this was done using the “double Irish “ structure, with the expenses paid to a holding company incorporated in Ireland but tax resident in the Cayman Islands, where no corporation tax is levied. Facebook may or may not still use the same structure - the double Irish has been abolished for new companies, but remains available for existing players until 2020.

This has all been done legally - it is tax avoidance, not tax evasion. But these kind of structures are now attracting huge international criticism and the OECD is leading a move to develop new international rules. Ahead of this the big players are adjusting their tax tactics. This explains the Facebook move, as the booking of sales in a territory other than where they are made is one likely target of the OECD process. Already Google settled with the UK authorities due to a similar argument.

There are dangers and opportunities for Ireland here. The Facebook move may not cost us much - and rememeber the company is a huge employer here and pays large amounts in other taxes. However if tax havens are being closed down as part of the OECD process, we might have hoped that more of the cash moving through here might, in time, have been taxed here too. This now won’t happen in the Facebook case anyway.

“Any decision by a multinational group to change its invoicing arrangements from one country to another will almost always have some impact on where it pays its taxes. Moving profits from one group company to another also means moving tax liabilities around; some countries will win, others will lose,” according to Brian Keegan, head of taxation at Chartered Accoutants Ireland.

On the plus side, there have been signs of other companies paying more tax, and some may choose to house their intellectual property in companies based here and which pay tax here, which may mean a bit more money for our exchequer.

Profit shifting - the movement of funds around the world to avoid tax - is getting harder and less popular. As Keegan points out, our tax system will become a less important soruce of attraction for FDI in future, as the playing field is levelled. This story still has a long way to run.

1 Should AIB compensate me for upsetting letter on arrears?
2 ‘I wouldn’t be a big saver. I tend to buy now and repent at leisure!’
3 Hugo MacNeill steps back from Goldman Sachs role
4 Irish company paid €1.2m a year by collapsed Blumenthal-linked Australian restaurant
5 Poll on second election, concerns over Irish pension gap, and Ireland’s rich list
6 Why bosses should not be afraid of speaking out on Instagram
7 Tax shifts won’t drive multinationals out of Ireland - Moody’s
8 Chris Johns: The Johnson administration will spend, and needs a quiet Treasury
9 Irish economy to grow by 3.4% this year, predicts EY
10 Artomatix buyer revealed as Unity Technologies
Real news has value SUBSCRIBE