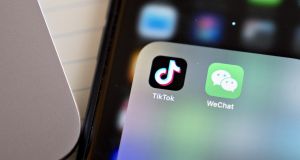 With a stroke of his pen, Donald Trump has effectively put an end to ByteDance’s US ambitions. As of Thursday, the parent company of TikTok is now on the list of Chinese companies with which US firms are now barred from doing business.

The widely expected order was one of two targeting Chinese companies this week. Citing national security concerns, the Trump administration has also barred messaging app WeChat – which owns a stake in gaming company Epic Games – from doing business in the US.

The repercussions of the order vary. At best, it means no advertising dollars from US companies for TikTok; at worst, it could mean the wildly popular TikTok app soon disappears from the app stores for Google and Apple’s mobile platforms, both in the US and further afield.

The concerns in relation to TikTok seem to centre on the amount of data collected by the app, which US authorities feel could put US users at risk should the data be shared with the Chinese authorities. TikTok, for its part, has denied any such data transfer takes place, and says its international users have their data held on servers outside China – in locations soon to include the Republic.

It might seem somewhat hypocritical for the US to be worried about international data transfers and the Chinese government siphoning off data on its citizens when recent events – including Schrems II – would suggest that its own house is not quite in order in this regard.

But far be it for us to indulge in whataboutery. It could be possible for the US government to be concerned about its own citizens coming under surveillance from a foreign power while also finding itself under the spotlight for its own behaviour on data. A bit of hypocrisy is part of the rich tapestry of global governance, after all.

The video service has less than 45 days to comply with Trump’s order, with a potential sale of at least part of its business to Microsoft one of the possibilities on the table. Either option will put paid to ByteDance’s US ambitions. The Chinese company is not out yet though, threatening legal action over the move. This one could drag on and on – but the clock is now ticking for TikTok.