Back to the books: dreamers, doers and digital gold 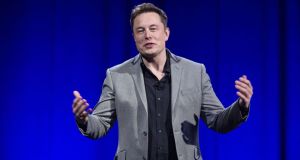 Tesla co-founder Elon Musk: a new book is particularly revelatory about his childhood, telling of an abusive father and a difficult time at school where he was bullied by his peers. Photographer: Tim Rue/Bloomberg

With school started and the rest of us back at our desks, it is the end of what has been a relentless summer of business news: the fate of Greece and the economic woes of China. So it’s time to set aside the poolside thrillers and the suncreamstained novels for a few more business-focused books.

I’ve compiled a list of some of my favourites from the past year. There are incisive biographies, gripping narratives and thoughtful industry overviews, but they all give readers an understanding of the human drama behind every business saga.

At the top of my list is a book about the most interesting entrepreneur of the moment, Elon Musk.

Between Tesla, SpaceX and SolarCity, Musk has revolutionised the automobile industry, space exploration and clean energy.

While questions remain about the lofty values and sustainability of Musk’s businesses, Ashlee Vance’s Elon Musk: Tesla, SpaceX and the Quest for a Fantastic Future gives readers a glimpse of what drives the 44-year-old South African dreamer. The book is particularly revelatory about Musk’s childhood, telling of an abusive father and a difficult time at school where he was bullied by his peers.

“For some reason they decided that I was it, and they were going to go after me nonstop,” he told Vance. “And then I’d come home, and it would just be awful there as well.” One of his schoolmates says: “Honestly, there were just no signs that he was going to be a billionaire.”

At a time when great wealth and inequality are topics of growing concern, The Richest Man Who Ever Lived: The Life and Times of Jacob Fugger by Greg Steinmetz, a former journalist turned securities analyst, introduces an obscure but fascinating business titan.

Fugger, a German banker in the 15th century, “could have been a Russian oligarch, a Latin American telecoms boss or an American railroad baron from the 19th century”, Steinmetz says. The grandson of a peasant, Fugger was an enterprising and sometimes insufferably confident man who cornered the copper market in Europe and then became one of the world’s most influential bankers, counting even the pope as a client.

Zero to One: Notes on Startups or How to Build the Future

I’ve read it several times and each time I learn something new from Thiel, a co-founder of PayPal turned venture capitalist with early stakes in Facebook and LinkedIn.

One of his rules is: “A company does better the less it pays its CEO.” Thiel says he won’t invest in a company that pays its chief executive more than $150,000 because he thinks a “cash-poor” executive will be hungrier to create value and it sets a good example to the rest of the company. He also argues that engineers often fail to appreciate the importance of ensuring that a product will sell in the market place.

“If anything, people overestimate the relative difficulty of science and engineering, because the challenges of those fields are obvious,” Thiel writes. “What nerds don’t realize is that it also takes hard work to make sales look easy.”

And the next time you have to interview a job candidate, you might want to try Thiel’s favourite question: “What important truth do very few people agree with you on?”

Bethany McLean’s new book, Shaky Ground: The Strange Saga of the US Mortgage Giants, is a detailed examination of Fannie Mae and Freddie Mac.

More academic reading than beach fare, this slim yet dense volume explores the history of Fannie and Freddie and the controversial role that the government-sponsored entities continue to play in the recovering housing market seven years after the financial crisis.

If you have a cross-country plane trip coming up, pick up a copy of Red Notice: A True Story of High Finance, Murder and One Man’s Fight for Justice by Bill Browder. It is part John Grisham-like thriller, part business and political memoir, and in it Browder, an early hedge-fund investor in Russia, tells the story of how the Kremlin raided his fund, kicked him out of the country and perpetrated an elaborate financial fraud.

The lawyer he hires to investigate the crime is murdered, and Browder seeks to avenge his death. It’s a hard book to put down.

My favourite kind of business books are deeply reported fly-on-the-wall narratives that put the reader in the middle of the action while telling an important story at the same time. Digital Gold: Bitcoin and the Inside Story of the Misfits and Millionaires Trying to Reinvent Money by Nathaniel Popper is an artfully told tale of the origins of the bitcoin.

Finally, the television industry is in the midst of a transformation: the cord-cutting phenomenon is real as viewers replace their cable and satellite TV subscriptions with streaming services such as Netflix.

But irascible media critic Michael Wolff has written a somewhat contrarian book, Television Is the New Television: The Unexpected Triumph of Old Media in the Digital Age. He argues that unlike the music and newspaper industries, television will benefit rather than suffer from “disruption”. I’m not sure whether he’s right or not, but the book will make you think.

Federal ReserveThe Courage to Act: A Memoir of a Crisis and Its AftermathUnfinished Business: Women Men Work Family