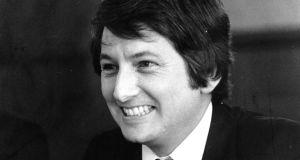 Alan Smurfit, a member of the well-known business family that founded Smurfit Kappa, has died suddenly at the age of 77, the family has announced.

Mr Smurfit was a brother of Michael Smurfit, the company’s former chief executive and chairman, and their fellow siblings Dermot and Barbara.

Michael Smurfit, who completed the sale of the K Club earlier this year, said he was “deeply saddened” to announce the death of his brother, who passed away “unexpectedly but peacefully” on Sunday morning.

The late Mr Smurfit recently maintained a lower profile in business than his surviving brothers, although he was a senior executive in the company for many years before his retirement in 2003 after its takeover by Madison Dearborn.

He served on the board of the group before its takeover, and for many years he was also the executive in charge of its Latin American operations.

Subsequently, he reinvented himself as a professional poker player and had considerable success on the international circuit.

Alan Smurfit is survived by his wife, Guadalupe and by his three children Peter, Alan and Anne.