Seven steps to success from the Dublin AIB Start-up Summit

Crowds gathered in Smock Alley in Dublin recently for the third stop on the AIB Start-up Summit national tour. Here’s what we learned

The Dublin Summit brought together start-ups, business experts and entrepreneurs for an evening of sharing and networking 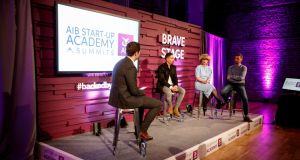 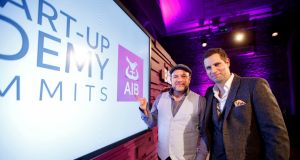 There was frankness and lots of sharing of battle scars from the business world by experts at the penultimate Start-up Academy regional Summit event in Dublin. This was the third Summit in a four-part national tour that aims to bring start-ups, business experts and entrepreneurs together for an evening of sharing and networking.

Ken McHugh’s start-up, Fresh from the Pier, who produce “Rustic Smoked Fish Pâté” won a finalist place on this year’s AIB Start-up Academy after pitching to a judging panel at the Summit.

McHugh was up against two other start-ups pitching for one of the final places; Charlie Byrne from Engager, a Dublin-based specialist social analytics software company and Sadhbh Kurzawska with Primaryschools.ie, Ireland's first central application system for primary schools.

Fresh from the Pier will now join 12 finalists from across Ireland, moving one step closer to winning the Academy’s coveted top prize, which is worth €200,000 for their business.

The event was hosted by Jonathan McCrea, a TV and radio broadcaster and founder of communications company Whipsmart Media.

Here are seven lessons learned from the Dublin Summit:

1. Get more money in, rather than just investment

“There’s a fantastic book called ‘The hard thing about hard things’ by Ben Horowitz and he talks about WFIOs. Every business goes through about four or five serious WFIOs in their life-cycle and that’s “we're f****d, it's over.” The first time I had a WFIO I actually thought I was going to die. It was not being able to pay the bills, not being able to pay the wage run, but we got through it. There was more money, for a long time, going out than coming in and it’s a tough situation to be in and very much part of start-up culture. You’re really fuelled by investment instead of really thinking about how you can get more money in yourself and build a model to be sustainable.” – Sonya Lennon

2. Find people who are doing what you’re doing successfully and talk to them

“I was sort of an accidental businessman. I feel like I was just doing what I was doing, I was really interested in my fitness and sport and it accidentally sort of became a business for me. I started looking at “Who is doing this successfully? Who is able to make a decent living out of coaching sport and mixed martial arts?” So I found those people, interrogated them, stole their ideas and used them.” – John Kavanagh

3. Hiring the right people is crucial to your business

“When we (started Joe.ie) I needed a team of writers straight away so for me all my businesses are built on hiring people, the talent that I can potentially go and sell at a scale. It sounds corny but most successes are based on the individuals you have, how good they are, no matter what the product or service, it is based on the individual. A lot of times you can have a great idea with the wrong people and it won’t work. People are the most important part of any business.” – Niall McGarry

4. Be clear on your target market – having something or someone high profile is not always going to achieve your business aim

“Our sign outside the gym is family martial arts centre. At the beginning, it was tempting to always have Conor (McGregor) at the front of stuff because it got a lot of views. But I don’t actually use him all that much because it doesn’t really bring me a demographic that I’m pitching towards.” – John Kavanagh

5. Hire someone for the job that needs to be done, not for salvation

“We came across a lot of people that we thought are going to be our salvation thinking “Oh my God, they’re going to come on board and they’re going to a load of stuff that’s going to make a massive difference. That never happens, ever, ever, ever. So be very clear about what the role is, what the parameters of that role are and what (your potential employee) has to do to execute it. A lot of it is in the clarity of the ask at the beginning and what’s required – Sonya Lennon.

6. Be rational - have a mentor who will be honest with you

“I was lucky to have (someone) all the way through that I bounced ideas off and he was the one to eventually tell me “You’ve got to change what you’re doing otherwise it’s going to be a hobby for the rest of your life, not a business,” so I had to make some hard decisions. I had to be honest and say to myself, “What do I want to earn? Who am I advertising to and make sure that my advertising is for them.” – John Kavanagh

7. Give up the day job and let fear drive you

“Sometimes I’ve met people that when they want to start up a business they kind of have the day job and might set up a business on the side. I believe if you’re going to set up a business you’ve got to give up the day job, make that call and let fear drive you. The fear of not getting paid, the fear that the only person that is possible of making this a success is you. Fear is a massive asset if it’s used the right way.” – Niall McGarry

The final summit will take place in Belfast this week with expert speakers and pitches from businesses who will compete for the final place on this year’s Start-up Academy.

The eight-week Academy will begin this month in The Irish Times and the finalists will make a final pitch to win the highly coveted prize at a final event in April.

To find out more, or attend the Belfast event, visit www.aibstartupacademy.com