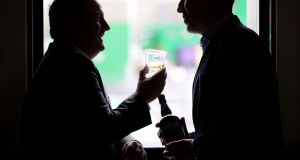 This includes building a new whiskey distillery and visitor centre in the Liberties area of the capital that Dublin Whiskey Company had recently brought through the planning process.

This development will support 40 jobs during construction with 15 staff employed at the distillery when it opens in 2017.

Quintessential plans to move production of its existing Irish whiskey brands, The Dubliner and The Dublin Liberties, to the new distillery. They are currently produced by its other Irish subsidiary, First Ireland Spirits, in Abbeyleix, Co Laois.

It has also recruited Darryl McNally, who spent 17 years with Bushmills in Northern Ireland, as general manager and master distiller for its Irish whiskey operations.

The Liberties site has full planning permission for a distillery and a unique natural spring water source to be used in the process. It will produce single malt Irish whiskey and the company expects to have the first spirit flowing from the stills at the end of summer 2017.

The UK company invested €4 million in 2015 in doubling the production capacity of First Ireland Spirits, including the introduction of a whiskey bottling operation.

The Laois company made a profit of €447,000 on revenues of €18.9 million in the year to the end of March 2015, having been loss-making in the previous 12 months. Quintessential’s chief executive, Warren Scott, said its results for the current financial year would show further growth.

Mr Scott said discussions on the whiskey acquisition took more than 12 months to conclude and it would take his business to an “entirely new level” .