Things go from bad to worse as Aryzta fast-tracks departures 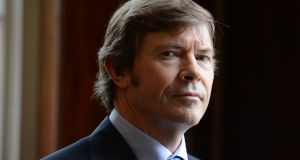 Getting your side of the story out first is a basic tenet of corporate communications. It’s also something that seems to have eluded Swiss-Irish food group Aryzta from the start of its two-year long fall from grace.

At every juncture, from its botched restructuring and reversal in the US to its surprise purchase of a stake in French frozen firm Picard having previously signalled a move in the opposite direction, the company has been chasing its tail.

In January, a surprise profit warning on the back of several missed earnings targets caught investors off guard, sent shares to an eight-year low of €28 and wiped more than a €1 billion off the value of the company.

A month later the company announced the departure of long-time chief executive Owen Killian, chief financial officer Patrick McEniff and the company’s North America boss John Yamin in a major clear-out at the top; the share price jumped in response.

The temporary calm was, however, ruptured yesterday when the company announced the departures were to be fast-tracked, that its reversal in the US continues unabated and that in the absence of so many key figures it was unable to provide any earnings guidance. Not exactly taking control of the situation.

“In these circumstances, the board is not in a position to provide guidance,” it said. Unsurprisingly, the share price took another dip.

The world’s biggest maker of frozen baked goods has been laid low by the constant drip feed of bad news, a fire that it seems unable to put out.

Two years of declining revenue, a share price in relative freefall and the absence of any clear strategic direction must now make it a potential takeover target.

New chairman Gary McGann has a lot to do if he wants to keep the company safe from a predatory approach.