Ploughing 2016: Farming drones to become ‘run of the mill’

From the competitive side of ploughing to the President and sheep-shearing the Ploughing Championships has it all in Tullamore this year.

Monitoring the health of livestock and crops with the assistance of drones will be “run of the mill” in 10 years’ time, according to Drone Consultants Ireland Director Ian McMahon.

Mr McMahon was showcasing a crop-spraying drone at the National Ploughing Championships in Co Offaly on Tuesday.

The device, which carries about 15 litres, can be used to identify and treat damaged crops without damaging the surrounding produce.

“With the drone technology and the technology of the new chemicals which use far less water, you can put up a drone which will spray a given area. It will also remember where it stopped, it will return back, you refill it and it will spray,” he said.

But that is just the beginning when it comes to possible applications for drones on Irish farms, according to Mr McMahon.

He said the technology is being used by, among others, insurance assessors in the US. 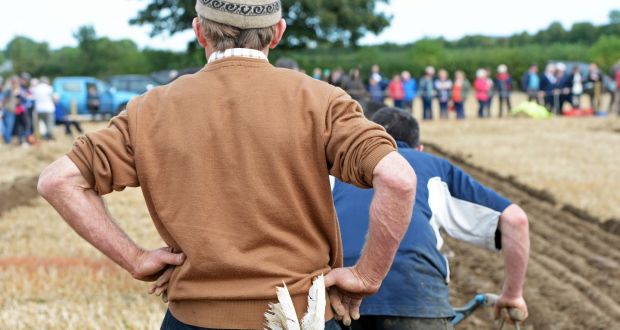 Gallery The best images from the championship

“He throws the drone up and there is a sensor on the drone and it takes the readings from the cattle so you know how many head are there, you also use it for finding lost animals.

“You can have a small sensor which will also give you bio-feedback as to how the animal is doing,” he said.

Drones are also being used to herd livestock.

“Because of the drone, the noise, it will actually herd them. It is quite an easy thing to learn how to fly these drones,” he said. “The inspection, cattle monitoring, I think these will end up being ‘run of the mill’ things within 10 years,” he said.

“Herding is there already. In Australia, they are using drones to herd cattle,” he said.

“There is a digital divide between the haves and have-nots,” he said.

“We are trying to give people a simple cheap system that is really robust,” Mr Hobson said. For a €150 a year, Herdsy will supply farmers with a base station and two tags.

It also uses comparative data from other herds.

Tags used in the cloud based system have a 30km range and Herdsy will send the farmer alerts.

The system can be used for cattle, sheep, pigs, deer and even poultry.

2 House price growth accelerates to 3.7% as Covid heats up market