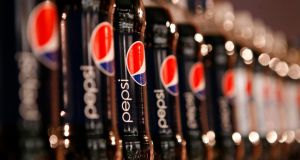 PepsiCo chief executive Indra Nooyi has earned the company a reprieve for at least another quarter. The owner of Gatorade and Lays boosted profit more than analysts estimated in the first quarter and increased revenue for snacks and beverages globally, excluding the negative impact from currency fluctuation.

The results will help PepsiCo fend off calls by activist investor Nelson Peltz to separate its dominant snacks business from the struggling North American beverages unit. Ms Nooyi has responded with a pledge to improve performance and cut $5 billion in costs over five years starting in 2015.

Organic revenue, which strips out currency fluctuation and the effect of structural changes, rose 5 per cent for snacks globally and 3 per cent for beverages, the company said today. – (Bloomberg)

8 Can the Government afford to cut inheritance tax?