Offaly distillery claims it was assured tax would not fall due 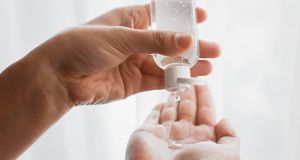 Arderin Distillery Ltd in Tullamore has been making an ethanol-based sanitiser for the HSE. Photograph: iStock

A distillery has brought a High Court challenge over Revenue’s refusal to grant it tax relief on alcohol it bought to make hand sanitiser for hospitals.

The action has been taken by Arderin Distillery Ltd, which is based in Tullamore, Co Offaly.

The company manufactures spirits, including the Mor range of gin.

Arising out of the Covid-19 pandemic it has, since March, been making an ethanol-based sanitiser for the HSE for use at hospitals including Crumlin hospital in Dublin and Tullamore hospital.

Normally, alcohol is subject to excise duty in the form of Alcohol Products Tax (APT). However, in certain circumstances alcohol products, including those used for medicinal purposes or in hospitals, the APT does not have to be paid.

The distillery claims it ordered 50,000 litres of alcohol to make the sanitiser after it was given assurances from an official with Revenue in late March that it would not be subject to the APT.

Arderin claims it has complied with all of the requirements and filled out all the forms it needed to get the relief it sought. It claims Revenue granted the distillery relief on APT for up to 80,000 litres of alcohol.

This video also appears in:

August 28, 2020Analysts believe the group is readying itself to make new investments

August 28, 2020Housebuilders among the gainers in Dublin as Bank of Ireland and AIB rise

August 28, 2020Offaly distillery claims it was assured tax would not fall due

However. last June Arderin claims that it was informed by the same Revenue official it says had previously approved its request for excise duty relief that the tax authority was now denying the distillery the relief it sought.

The distillery claims the 50,000 litres of alcohol it used to make the hand sanitiser during the Covid-19 emergency exposes Arderin to an excise duty or APT of some €2.1 million.

It says had it not been given assurances from Revenue regarding the relief from APT, it would not have ordered the alcohol it purchased to make the hand sanitiser.

Revenue, it is claimed, was at all times aware of the company’s intentions and was notified of the purchase of the 50,000 litres of alcohol to make the hand sanitiser and not to be used to make gin.

It claims Revenue made a decision to grant it relief on APT and is not entitled to refuse the relief once all requirements for such relief have been met.

Other distilleries have also provided alcohol-based medical products to hospitals during the pandemic, and are not being pursued for excise duties, the company claims.

Revenue’s treatment of Arderin was inconsistent with the treatment afforded to other entities in similar circumstances.

As a result, Arderin has sought to have Revenue’s refusal judicially reviewed by the High Court.

In its action, Arderin, represented by Tom Power BL, instructed by solicitor Graham Kenny, seeks various orders and declarations including an order quashing Revenue’s refusal to grant the distillery relief from duty.

It also seeks an order preventing Revenue from raising an assessment for APT on Arderin in respect of the alcohol it purchased to make the sanitiser.

The distillery further seeks various declarations from the court including that Revenue’s decision to refuse the relief was unreasonable, and that it is entitled to the relief sought.

Permission to bring the challenge was granted on an ex-parte basis by Mr Justice Max Barrett. The matter will return before the courts when the new legal term commences in September.