Continued growth as value of food and drink exports up 8.6% 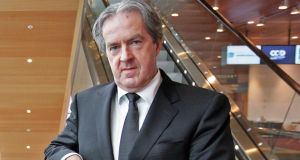 Bord Bia chief executive Aidan Cotter described the performance of Irish beef exports as “particularly striking, comprising a volume growth of almost 10 per cent and price growth of 5 per cent”

The value of food and drink exports increased by 8.6 per cent in the first six months of this year, led by a strong performance in beef exports, according to the latest figures released by Bord Bia.

This rise in exports follows the most successful year ever for food and drink exports last year, when they topped €9 billion for the first time.

It contrasts with the overall performance of Irish exports, which saw a 6 per cent drop during this period.

The value of beef exports increased by 15 per cent, to €1.1 billion, between January and June when compared with the same period last year.

The horse meat crisis kicked off in mid-January, leading to a period of great uncertainty in the beef industry. It significantly dented the export of processed beef products such as burgers but boosted demand for quality beef.

Bord Bia chief executive Aidan Cotter described the performance of Irish beef exports as “particularly striking, comprising a volume growth of almost 10 per cent and price growth of 5 per cent”.

He said the higher volume of exports was expected and followed a low volume in 2012. This trend was set to continue through this year and into 2014.

“The price growth on the other hand is reflected in prime Irish cattle currently reaching 109 per cent of corresponding EU prices, up from 98 per cent at the beginning of the year,” he said. “This has been driven largely by strong demand from the UK, Ireland’s largest beef market, during a period strongly marked by the contamination of processed beef products and issues of consumer trust.”

The horse meat crisis also saw a major increase in the number of farmers joining Bord Bia’s quality assurance scheme. Applications for membership are up 135 per cent to date this year. Its 36,400 members, who account for 85 per cent of beef production, receive a bonus from beef processors for meeting certain standards.

Retail sales of fresh and frozen burgers and grilled meats were 17.8 per cent higher for the four weeks up to July 7th, compared with the corresponding period a year ago, according to consumer researchers Kantar Worldpanel.

Between January and mid-April sales of these products had dropped by more than 43 per cent in some cases as the impact of the horse meat crisis hit home.

Mr Cotter said the prospects for food and drink exports for the rest of the year remained broadly positive “with a strong demand for dairy and beef, combined with a more robust prepared foods performance and further steady growth in beverages”.

Prepared foods such as pizzas and ready meals increased by 15 per cent in value to date this year and were worth some €730 million. This increase was led by a strong performance in value-added dairy products in emerging markets.

The value of dairy exports grew by 4 per cent to exceed €1.3 billion this year. Milk intake was lower because of the poor weather but this was offset by rising global dairy product prices which were more than 20 per cent up on last year in many cases.

The value of pig meat exports increased by 9 per cent to €250 million due to an increase in pig prices.

Whiskey and liqueurs
The continued growth in the popularity of Irish whiskey and cream liqueurs led to a 4 per cent increase in the value of beverage exports to €555 million.

Seafood exports recorded a small growth of 2 per cent following double-digit increases in the previous two years. They were worth €275 million.

The edible horticulture and cereals category was hit by weaker cereal prices, which saw a 5 per cent fall in value to €108 million.

The UK accounted for more than 41 per cent of our food and drink exports during the first half of this year.

Other EU markets accounted for almost one third of exports, while exports to Asia increased by15 per cent to reach €270 million.

Bord Bia is inviting Asian buyers to Ireland in September, and is organising a trade mission to the Gulf region the following month.