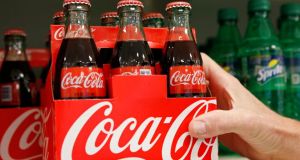 Global sales volume grew 1 per cent. Europe sales volume slid 4 per cent because of the weak economy and flooding in Germany. China’s volume was little changed after a 7 per cent gain a year earlier. North America volumes fell 1 per cent amid unseasonably cool weather. Revenue fell 2.6 per cent to $12.7 billion.

Arch-rival PepsiCo is stepping up the fight in China. Meanwhile in the US beverage makers have come under added pressure in recent years as officials try to curb high obesity rates. – Bloomberg