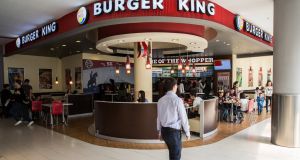 Burger King is in talks to open restaurants in sub-Saharan African countries, including Nigeria, as the US fast-food group accelerates its international expansion to compete better with rival McDonald’s.

Daniel Schwartz, chief executive of parent company Restaurant Brands International (RBI), said the world’s second-biggest hamburger chain was “significantly under-penetrated” in the continent, where it had a “huge opportunity”.

Burger King is one of many global companies drawn to Africa’s demographics. The UN predicts that the world’s 10 fastest-growing cities between 2018 and 2035 will be in the continent. With a median age of 19, Africa’s population is expected to double to more than 2 billion by 2050 and to double again by the end of the century.

Burger King, majority owned by the Brazilian private equity group 3G via Toronto-based RBI, is adding about two or three restaurants a day globally. Openings are expected to come in at about 1,000 this year, up from little more than 600 in 2015.

Most of the new foreign stores will be in Asia and Europe. The hamburger chain has opened about 600 restaurants in Russia from a standing start eight years ago, and is on track to open its 1,000th outlet in China by the end of the year. – Copyright The Financial Times Limited 2018