Why Ireland is a role model for competitiveness

In Ireland, productivity growth and low taxation have helped people live better lives and companies to prosper and create jobs. This is the competitiveness playbook 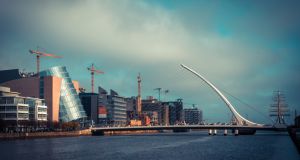 The Irish private sector is ranked third in the world, surpassed only by the United Arab Emirates and Hong Kong SAR. Photograph: iStock

During a recent conference on globalisation and economics, I was asked to name a country that I would consider a competitiveness success story. I was tempted to name the usual suspects, such as Singapore and Switzerland. But the problem with these two countries is that they are exceptional, unique, difficult to copy and therefore not good examples for other economies.

So instead I answered, ‘Ireland’. In 1998, Ireland was ranked in seventh place out of 63 economies in the IMD World Competitiveness Ranking. The country held that ranking again last year, making it one of the most prosperous economies in the world. This is not always been the case: only 10 years ago Ireland was ranked 21st, ahead of France and the UK but below Germany, China and Australia.

So what has Ireland been doing right?

Let me first highlight that the competitiveness of a country refers to its ability to generate inclusive prosperity. This process begins with the bringing together of a country’s natural resources, its institutions and culture in a way that creates jobs and improves living standards.

It is not just about growing, exporting and investing—it is about prosperity. Of course, in Ireland there is ample room for improvement (for example, prices are high, health infrastructure is relatively weak, and total public expenditure in education is well below the world average). However, the country’s policies in the last decade, as well as the contribution of the private sector, should act as role models for other economies around the world.

Today, the Irish private sector is ranked third in the world, surpassed only by the United Arab Emirates and Hong Kong SAR (our rankings have not captured the impact of the political events in Hong Kong yet). This is impressive.

The country is the best in the world according to some indicators, such as the flexibility and adaptability of companies, people’s attitudes to globalisation, and the image of the country abroad. More fundamentally, it has made an amazing leap in investment incentives and the quality of public sector contracts, while at the same time it has curtailed tax evasion, reduced protectionism and the state ownership of companies. Today, Ireland is a top destination for companies because its low bureaucracy, low corporate taxes, and extremely high social cohesion.

Countries need to recognise that competitiveness does not mean competition, but prosperity

We cannot ignore the fact that Brexit and political instability in the region, as well as the global spread of the Coronavirus pandemic, are risks to the economy, as is its strong dependence on a single trading partner (the United Kingdom). But it is encouraging to see that, from the perspective of an economist who has preached the idea that countries should focus on prosperity and not on growth, in Ireland productivity growth and low taxation have helped people live better lives and companies to prosper and create jobs. This is the competitiveness playbook.

In the European context, countries addressed the 2009 crisis with different policy instruments. In some countries in the South, the emphasis was on public expenditure and internal devaluation. Ireland, and also Portugal, followed a different approach: they sought to attract capital and talent through friendly fiscal policies and focused on developing the private sector, not the public sector. With hindsight, this was the right strategy—and that is how Ireland has made its way into the top 10.

As part of our annual competitiveness review, we ask executives in each country to list, among 15 possible answers, the key attractiveness indicators of their economy. In Ireland, these are the three that are mentioned by at least 65 per cent of our respondents: a competitive tax regime, a highly-educated population, and a business-friendly environment. In contrast, the three least mentioned factors are reliable infrastructure, effective labor relations, and access to financing. These should be three focus areas for the future.

The Irish story in the last five years is a good model to follow for other countries in Asia, Latin America, Europe, and the Middle East. Very few have done so much in so little time

In regards to education, Ireland is one of the most attractive countries in the world for foreign talent  because of its quality of life, levels of taxation, business culture and institutional environment.

For a country to be successful it is important to increase the skill level of the population. Attracting talent forces local people to step up, which in turn makes the working environment more interesting and attractive for foreigners. The appeal of the Irish talent system is therefore high. Yet the country needs to help the local population to compete: in 2018, Ireland invested only 3.2 per cent of its GDP on education, a long way off countries such as Switzerland, Singapore, or the United States. In our group of 63 countries, Ireland ranks 44th on the investment in, and development of, people. Currently, the country does not suffer from a significant brain drain, but the reliance on foreigners could crowd out the local talent towards better opportunities abroad. As of 2020, Ireland is a net importer of talent, but we should never forget that education should be the main priority of an economy in the long term.

The Irish story in the last five years is a good model to follow for other countries in Asia, Latin America, Europe, and the Middle East. Very few have done so much in so little time. And at the end of the day, the key success factors are quite straightforward: a country strategy with a long term vision and with a focus on people; job creation as a priority of economic policy; attracting foreign capital and talent through incentives and investment in infrastructure; political consensus on the basic economic reforms that the country needs; and an emphasis on the intangibles of the economy—education, technology and healthcare.

Finally, countries need to recognise that competitiveness does not mean competition, but prosperity. In a united Europe, collaboration and openness is more conducive to the common good than conflict and competition.