Diesel vehicle owners may be unaware that removing the DPF filter is against the law, and their car will not pass the NCT emission test 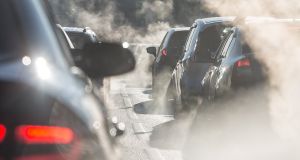 The environmental impact is significant – a car with a DPF removed has a particulate count 20 times higher than one with it. Photograph: iStock

Diesel particulate filters (DPF) are found in the exhaust system of diesel cars and work to remove particulate matter or trap soot from exhaust gases released by diesel engines. The goal is to help reduce harmful emissions being released into the atmosphere, and DPFs make your diesel car much more environmentally friendly.

Yet these filters have a lifespan and can eventually become blocked. City driving can be to blame – short journeys at low speeds can lead to premature blocking – and poorly serviced cars can also be prone to this. As a result, many people opt to have them removed instead of committing to replacing the costly filters.

Legally, however, a car with a DPF filter removed cannot drive on public roads in Ireland. The absence of the DPF makes the vehicle non-compliant with the homologation certificate; Irish law stipulates vehicle homologation is mandatory for all vehicles driving on public roads. Roadside checks now seek to determine whether a fitted emission control device has not been removed, disabled or modified to reduce its effectiveness.

Unfortunately, the resulting legal implications of having a the DPF removed from a vehicle are not widely understood. The environmental impact is also significant – a car with a DPF removed has a particulate count 20 times higher than one with it.

Despite this, DPF filter removal remains a popular service offered in workshops across Ireland. Diesel vehicle owners may be unaware of this law, and act on advice that removing the DPF filter means the car will easily pass the NCT emission test. Even a basic online search will illustrate that across Ireland car workshops are offering their services on well-known classified websites, under headings such as DPF removal, remap specialists, or remapping diagnostics.

Diesel vehicle owners thus lose out twice; having the DPF filter removed makes them guilty of an offence which may result in penalties, plus they have already paid for this unnecessary service. Meanwhile, the removed DPF is usually sold on as it contains precious metals such as platinum.

Those who decide to sell a car with a particulate filter removed are obliged to inform the buyer about such a modification. Indeed, the new car owner has the right to claim compensation if it is found that the DPF has been removed. The absence of the DPF from a car that should have one discourages potential buyers, meaning the seller may have to accept a significant reduction in the value of their car.

Increasingly, car buyers are asking about the existence of DPF filter in the car they are interested in buying. But how do you know if a car’s DPF has been taken out? Firstly, a car with the filter removed creates exhaust with a lot of black smoke, which will be obvious. For a definitive answer, however, specialists recommend simply having someone check the exhaust pipe, which requires special care and should not be carried out while the engine is still hot. Wearing a glove, a mechanic can insert a finger into the exhaust pipe at the outlet side. If a thick layer of soot is deposited on it, this indisputably indicates that the DPF is missing or damaged. A properly functioning particle filter stops up to 97 per cent of impurities, including soot, meaning it is impossible for an exhaust to be this dirty. This is the first signal that something is wrong and further steps should be taken in this respect.

Fortunately, there are lots of mechanics who offer a DPF repair service, which in most cases consists of cleaning the clogged filter to restore its full capacity. Prior to this, options were limited, but the good news is that efficient and affordable DPF cleaning services are now becoming widely available.

One of the most effective methods of cleaning DPF filters is the wet cleaning method using a specialised machine. The method uses the combined force of turbulent hydrodynamic water flow and compressed air pulse, and can restore the filter’s original efficiency in full.

This method is almost 100 per cent effective and now dominates the growing market of DPF filter cleaning services in Europe.

Unsurprisingly, Irish interest in this service is growing. According to Otomatic, the largest manufacturer of DPF cleaning machines in Europe, firms offering DPF filter cleaning services are multiplying across Ireland in response to this demand, finding eager clients both in car workshops and private owners. Increasingly, owners of transport companies and municipal communication facilities are also looking for this service.

DPF removal can be expensive, meaning engaging the services of a specialised cleaner will inevitably be considerably cheaper as well as ensuring your vehicle remains roadworthy and legally compliant. The affordable price of the cleaning service means that the more expensive filter removal is no longer a reasonable option. The price of the DPF cleaning service is around €250 and it takes approximately one hour. Professional DPF cleaning workshops are able to clean more than a dozen filters in one day.