A closer look at the women mentioned in the poem 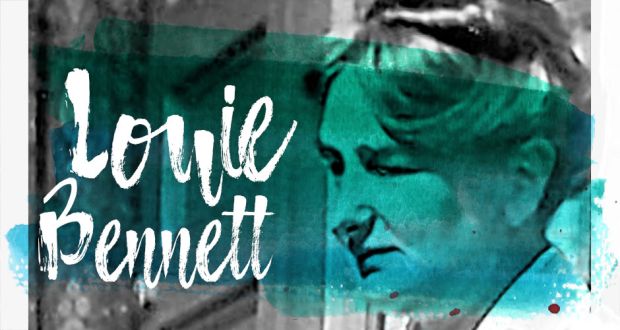 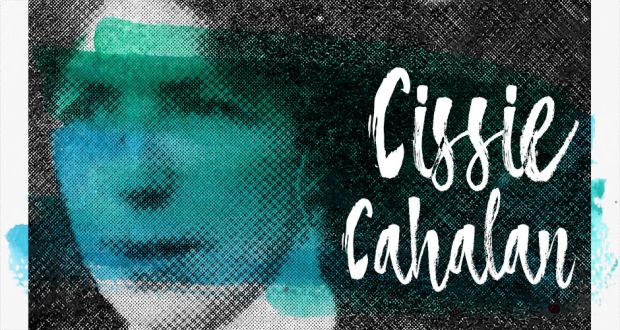 A shop worker in Dublin, mostly at Arnotts of Henry Street, she was a member of the Irish Drapers’ Assistants’ Association (IDAA, now Mandate), and a campaigner for women’s suffrage in the Irish Women’s Franchise League from 1908. A seasoned speaker on suffrage platforms, Cahalan opposed the first World War, supported inclusive trade unions for all shop workers, women and men, and campaigned for equal pay. In 1918, she headed a strike at Arnotts that won a 30 per cent pay increase. She was a lifelong friend of Hanna Sheehy-Skeffington. 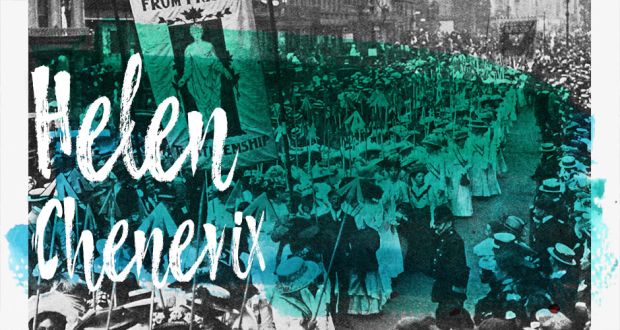 In 1911, with Louie Bennett, she co-founded the Irishwomen’s Suffrage Federation. She actively campaigned for the inclusion of women’s suffrage as part of 1912 Home Rule Bill, and campaigned against the infamous 1913 Cat and Mouse Act. In 1916, she assisted Bennett in the reorganisation of the Irish Women Workers’ Union. She regarded the union as an organisation that should look beyond its members’ working conditions and tackle wider social issues. During the 1920s, she campaigned vigorously for the school-leaving age to be raised to 16. 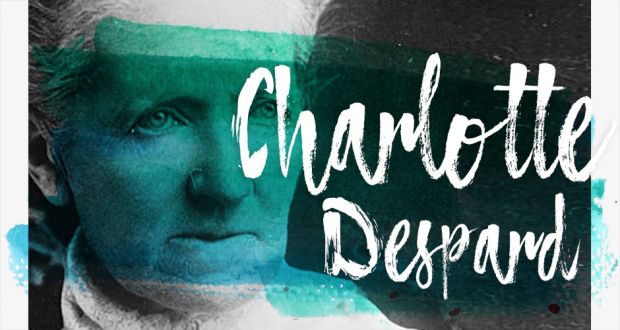 Born in Kent. she married Maximilian Despard from Co Laois in 1870. After his death in 1890, she moved to the slum district of Battersea in London and became increasingly radical. She joined the militant Women’s Social and Political Union in 1906 and was among the founders of the Women’s Freedom League. In 1921 she moved to Ireland and entered politics. She consolidated her friendship with Maud Gonne MacBride, with whom she shared a home at Roebuck House and was an executive member of the Irish Workers’ Party. 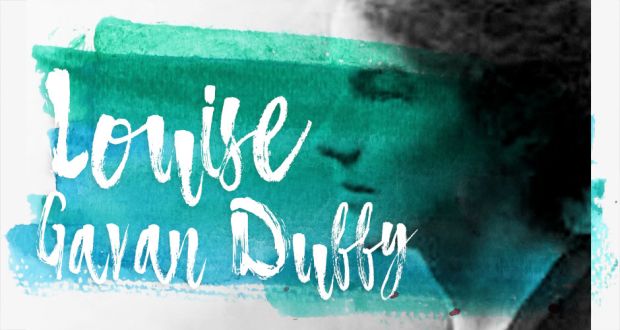 Born in Cimiez, Nice to an Irish father, she moved to Ireland in 1907. She joined the Gaelic League and taught at Scoil Íde, set up by Patrick Pearse. Though best known for her involvement in nationalist politics and the Gaelic revival, she was sympathetic to women’s suffrage. She joined Cumann na mBan on its foundation in April 1914 and opened an Irish-speaking school for girls, Scoil Bhríde, in 1917. She left Cumann na mBan, which opposed the Treaty and after the Civil War, she ceased to be politically active and concentrated on education. 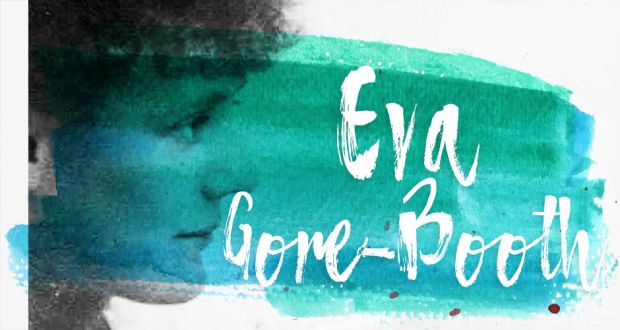 The younger sister of Constance Markievicz, she met Esther Roper, a Manchester suffragist, in Italy in 1896 and later settled in Manchester with Roper and began her career as a social campaigner and significant contributor to the Irish literary revival. She believed strongly in linking the suffrage question to women’s trade unionism. Following the 1916 Rising, she was instrumental in campaigning for the reprieve of her sister’s death sentence. She attended Roger Casement’s trial and campaigned against capital punishment and for prison reform. 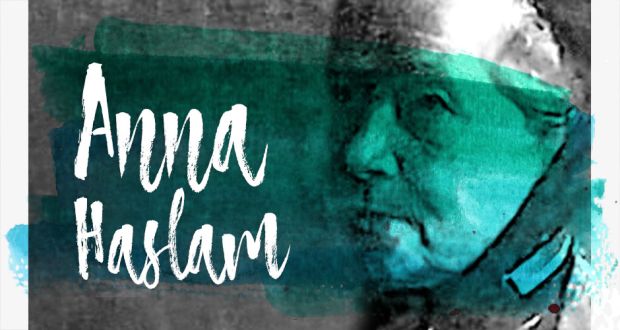 Anna Haslam, born in Youghal, Co Cork, to a Quaker merchant family, was assistant teacher in Yorkshire, where she met Thomas Haslam, a Quaker from Mountmellick. They married in 1854 and lived together until his death in 1917. Her feminism was rooted in Enlightenment ideas of individual natural rights. Her belief in women’s equality had been taken for granted in her Quaker household. She espoused multiple causes, among them anti-slavery, married women’s property reform, equal rights for women in education and employment and women’s franchise. 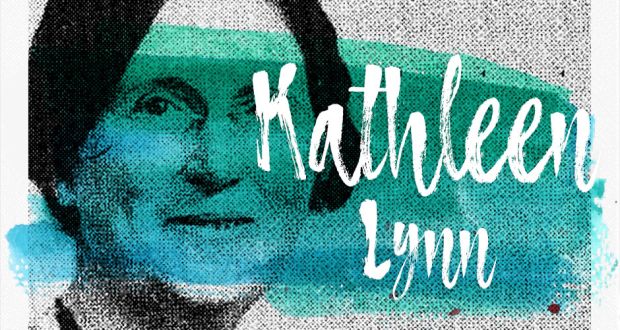 Her main claim to fame is her establishment of St Ultan's Hospital for Infants with her great friend Madeleine ffrench-Mullen in 1919.She joined the Irish Women’s Suffrage and Local Government Association and the militant, British-based, Women’s Social and Political Union. James Connolly’s socialism and Helena Molony’s trade unionism converted her to republicanism, and she was commander of the City Hall Garrison during the 1916 Rising. After imprisonment in Kilmainham Gaol, she became vice-president of Sinn Féin, and was elected a TD in 1923. 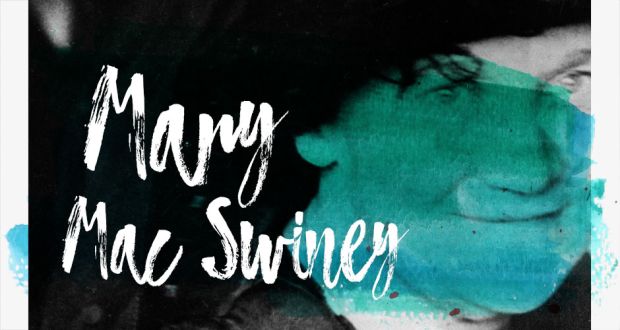 A founding member of the non-militant Munster Women’s Franchise League in 1911, she was arrested during 1916 Easter week and dismissed from her teaching job, which led her to set up her own school with her sister Annie. In 1917, she was elected to Cumann na mBan’s national executive. The hunger strike and death of her brother Terrence in 1920 propelled her to national prominence. In June 1921, she was elected to the Dáil for Cork City. Her anti-Treaty stance marked her out as an uncompromising Irish republican. 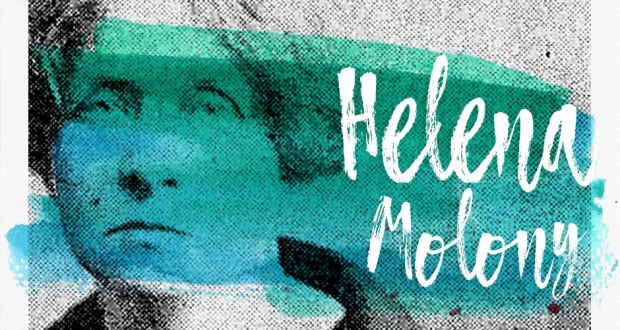 Molony was one of Ireland’s most committed republican and feminist activists. In 1903, she joined radical republican women’s group Inghinidhe na hÉireann. A talented actor and orator, she worked at the Abbey and appeared on platforms in support of suffrage. Molony became Ireland’s first woman political prisoner of the modern era after her arrest for throwing stones at portraits of King George V in 1911. She was interned for her role in the 1916 Rising and remained active in republican, feminist and socialist politics after Independence. 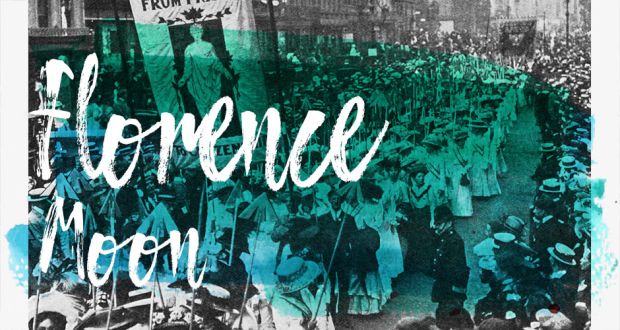 Florence Moon, who ran a prominent Galway drapery store with her husband Charles, contributed to philanthropic causes and both were members of local committees. In 1911, she attended the public talk organised by the Irish Women’s Franchise League where Christabel Pankhurst addressed the crowd speak and in 1913, she was a founder member of the Connacht Women’s Franchise League, a non-militant organisation. She was active in preparing reports, organising meetings, and lobbying the local MP, Stephen Gwynn, on women’s education. 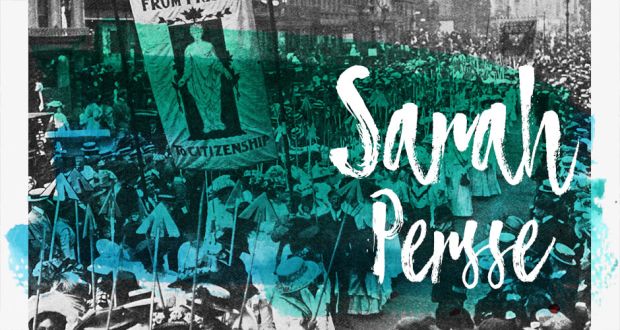 Her mother Eleanor was active in local philanthropy in Galway and her father, Henry, was high sheriff, and owner of Persse distillery in Nun’s Island. She expressed her social and political interests through supporting royal events, such as the 1887 jubilee and through philanthropy. She was honorary secretary for Galway of the Stewart Institute in Dublin and supported district nursing and visited workhouses to observe conditions. She was nominated along with Esther Jesson as the first women candidates to stand in local elections in Galway. 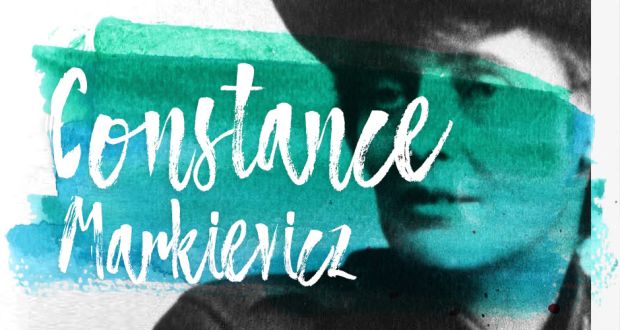 The only female leader of the 1916 Rising, Constance Georgine Gore-Booth took her name from her 1900 marriage to the Polish Count Casimir Markievicz. She joined the IRB and in 1909 founded Fianna Éireann, a sort of boy scouts with guns. She joined the Irish Citizens Army in 1913 and sold her jewellery to feed the poor. In Easter 1916 she was second in command of the Stephen’s Green garrison. In 1918 she became the first female British MP and in 1919 the second woman to become a European cabinet minister as minister for labour in the first Dáil. 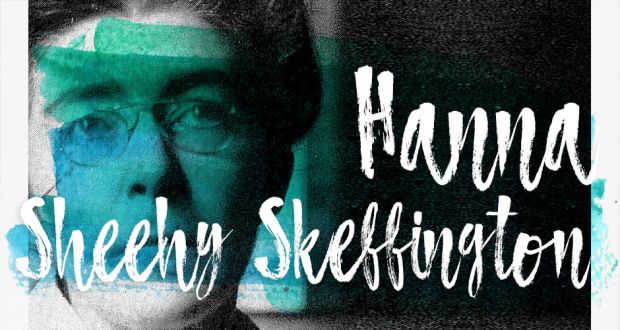 With husband Francis Skeffington, she co-founded the Irish Women’s Franchise League, a militant suffrage organisation. She was jailed for two months for smashing windows in Dublin Castle, lost her teaching job and was jailed again in 1913 for protesting against Edward Carson. After her husband was shot dead in 1916, she toured the US in support of Sinn Féin, later becoming organising secretary. She was arrested and imprisoned in Holloway prison, winning release through hunger strike. She opposed the Treaty and the 1937 Constitution. 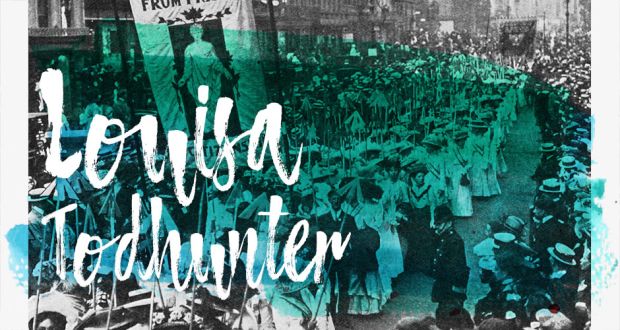 Louisa Anna Maria Todhunter, née Davies, was born in Folkestone, Kent, the daughter of George Davies, who at that time was head of the county constabulary force and later became an admiral in the Royal Navy. In 1864, she married Isaac Todhunter, a mathematician at Cambridge University. They had five children – four sons and one daughter. She was one of the signatories of the 1866 suffrage petition, but did not particularly feature thereafter in the suffrage movement. 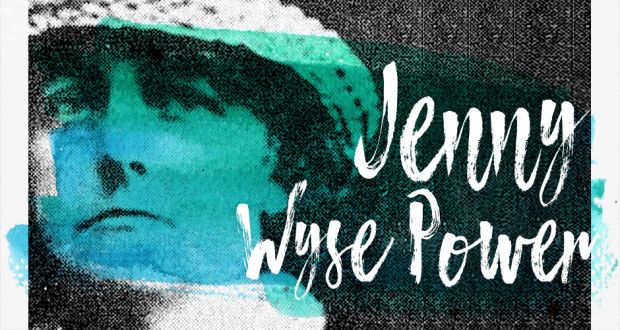 Born in Co Wicklow, she married John Wyse Power and they had four children. Wyse Power had leadership roles in many of the nationalist and feminist organisations of the time, from the Ladies Land League to Sinn Féin to the new feminist-separatist movement, Inghinidhe na hÉireann.She was the first president of Cumann na mBan, but resigned when the executive voted against the Civil War Treaty. Wyse Power, who became a senator, continued to be an advocate for women’s rights throughout her political career.