The business of selling dreams

Tales of a travel addict 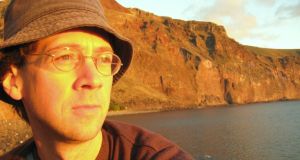 Four times a year the travel industry gathers in the banqueting hall of a luxury hotel to subtly flaunt their wares to each other and some invited media. Seeing grown-ups gushing over the latest flight-booking software or a new hotel pillow designed to be 70 per cent plumper than previous pillows makes me wonder how the industry takes itself seriously.

They talk of things like airline seats that recline not only to 180 degrees, but to 360 degrees, so you’re back where you started and won’t even notice you’ve sat down, and footbaths in business lounges full of baby piranhas to nibble at one’s toes – I think.

It reminds me of Steven Millhauser’s Pulitzer-winning novel Martin Dressler, about the most glamorous hotel in early 20th century New York: “On the eighteenth floor you stepped from the elevator into a densely wooded countryside with a scattering of rustic cottages, each with a small garden.” Other floors had an insane asylum, a pygmy village with real pygmies and a plot of Irish forest where fairies were seen dancing in the moonlight on May 26th, 1904.

At the last travel industry event I determined to get to grips with the people involved and what makes them tick. The first woman I met was from Celtic Horizon Tours which sells Harley Davidson trips in America. She creates experiences for fathers and sons to bond, or husbands and wives to reconnect with the sense of adventure that first brought them together. She suggested that clutching someone on the back of a Harley along Route 66 could do more for a relationship than a year’s counselling.

Andre Migliarina, a South African, working with Gohop.ie admitted it breaks his heart when he plans an African itinerary for someone and they go with another company; not because he loses the commission, but because he worries they won’t get to experience his native land as he would like them to. His sincerity was palpable.

Roland Monsegu from Camino Ways told me the best part of his job was sending a mother and daughter or a widowed pensioner on the Camino de Santiago or the Via Francigena to Rome and knowing that they would come home profoundly altered.

They all talked of creating dreams for people. Perhaps the travel industry really is doing the Lord’s work: bringing people together over experiences that will stay with them forever.

Siobhán Byrne Learat deals primarily with celebrities and VIPs. Her company, Adams & Butler, looks after the likes of Will Smith, Taylor Swift, Michael Jackson and Calista Flockhart when they’re here.

What sort of dreams can she offer them? On her website, I found a tour involving dinner with a Seanad member, lunch with a brother-in-law of Queen Elizabeth (the Earl of Rosse), coffee with Count Matuschka on his Kildare estate and a visit to Nancy Mitford’s nephew in his 12th century castle. The stuff of dreams for some, perhaps, but a nightmare to others.