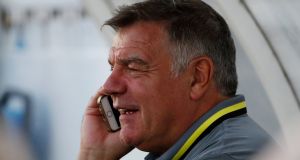 Sam Allardyce’s appointment as England’s new manager is expected to be delayed on Friday to allow Sunderland and the English Football Association time to agree a compensation deal.

Roy Hodgson’s successor is then likely to be presented to the media at some point next week.

With David Moyes set to be swiftly installed as Allardyce’s successor on Wearside, negotiations are not regarded as a major problem but reflect the anger and frustration of the Sunderland owner, Ellis Short, at the manner in which the FA poached his manager.

Considering Allardyce had only a year outstanding on a club contract worth around £2m a year the deal appears straightforward.

It has, though, been slowed slightly by Sunderland’s desire to gain a little more than £2m by way of recompense for the disruption caused to their transfer plans and pre-season preparations.

Short was particularly irritated by the near two-week hiatus that followed Allardyce’s interview for the England job and plunged the club into limbo.

A meeting of the FA board at Wembley yesterday morning rubberstamped a decision made by Martin Glenn, the FA’s chief executive, Dan Ashworth, the technical director, and David Gill, the vice-chairman, before moving on to other business.

Talks between Moyes and Short and Martin Bain, the Sunderland chief executive, are understood to have reached an advanced stage.

Newcastle United are close to banking €69 m from the sale of the France international plus Georginio Wijnaldum, who is set for a medical at Liverpool after a fee rising to €30 million was accepted.