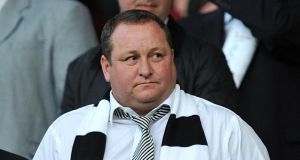 Chelsea announced Cuadrado had signed a four-and-a-half year contract just an hour after they confirmed Andre Schurrle had completed his move to Wolfsburg.

Chelsea are said to have paid up to £26.8million for the Colombia winger, and Mohamed Salah has moved to Florence on loan as part of the deal.

“For me that is a huge motivation to perform well. I’m a quick and positive player and I hope to show that on the field of play and help all of my team-mates.” Cuadrado told Chelsea TV.

The fee was the biggest paid out on deadline day and was only eclipsed by the £28milllion fee Manchester City paid for Wilfried Bony earlier in the window.

City and Arsenal were quiet on deadline day, but that was not the case at Tottenham.

Alli, who was one of the players who starred in the Dons’ 4-0 win over Manchester United earlier this season, will spend the rest of the season on loan at Stadium mk.

Spurs loaned winger Aaron Lennon to Everton until the end of the season and cancelled Benoit Assou-Ekotto’s contract.

Younes Kaboul, Vlad Chiriches, Etienne Capoue and Emmanuel Adebayor were all linked with moves away from White Hart Lane, but they failed to secure an exit from the club.

Adebayor was keen on a move to West Ham, but that deal collapsed.

That in turn prevented Hammers striker Carlton Cole from completing his move to West Brom.

Cole had a medical at the Hawthorns on Monday evening, but the fact that West Ham had no replacement for him meant the deal was cancelled.

Frustratingly for West Brom, a swap deal involving Graham Dorrans and Martin Olsson, as well as the proposed sale of Brown Ideye to Qatari side Al Gharafa for €5million also collapsed.

The Baggies were able to conclude a deal for Manchester United vice-captain Darren Fletcher, who ended his 20-year association with the Old Trafford club late on Monday night.

Fletcher, who turned 31 on Sunday, has signed a two-and-a-half-year deal with the Baggies and has an option to extend that deal by another 12 months.

United also managed to offload Wilfried Zaha to Crystal Palace on a permanent basis while Mernick Vermijl joined Sheffield Wednesday on loan until the end of the season and Jesse Lingard was loaned to Derby, where he will be joined by Tom Ince, who was allowed to leave on loan by Hull.

Anderson’s transfer to Internacional is expected to be announced on Tuesday morning.

The only incoming at Old Trafford was a surprise one — that of 21-year-old Bolton defender Andy Kellett, who joins United on loan until the end of the season.

As part of the deal, 21-year-old Saidy Jenko moved to the Trotters on loan for four months.

Another late signing was that of Dame N’Doye, who sealed a transfer from Lokomotiv Moscow to Hull thanks to the submission of a deal sheet by the Tigers.

Robert Huth’s loan move to Leicester from Stoke was the first confirmed deal of deadline day.

Chairman Tony Fernandes tweeted earlier in the day: “No more cheque book...” and he stuck to his word.

Aston Villa, meanwhile, had a bid of £5million accepted for Rickie Lambert, but the striker opted to remain at Anfield.

Gael Bigirimana, Shane Ferguson, Kevin Mbabu, Remie Streete and Haris Vuckic will play with the Scottish club until the end of the season..

Elsewhere in the north-east, Sunderland midfielder Charis Mavrias joined Panathinaikos on loan for the remainder of the campaign.

Two-time Major winner Angel Cabrera arrested in Brazil 19:18
Bruce tells Newcastle players from now on ‘we will do it my way’ 19:09
VAT fears eased as Willie Mullins’ Grangee enters UK without charge 19:13
Packers have the quality to overcome resolute Rams 19:00
Bryson DeChambeau says he must relax his brain to succeed 18:00